The anticipatory bail application U/S 438 CrPC has been filed with the following prayer:-

The investigation concluded and the State police submitted its closure report which was accepted by the District and Sessions Judge, Gautam Budh Nagar on November 27, 2014.

Thereafter, a Division Bench of the Lucknow Bench of the Court passed an order on 16.07.2015 directing the C.B.I to conduct investigation in all the allegations of corruption and amassing of unaccounted money by Yadav Singh, the then Chief Engineer, Noida / Greater Noida and Yamuna Expressway Authority and other persons in regards to the transactions relating to the same.

The CBI took up the case and lodged a first information report as Case at Police Station STF, New Delhi on 30.07.2015. The investigation was handed over to the Deputy Superintendent of Police, CBI, STF, Delhi.

It is further argued that the applicant has now come to know through news items published in Times of India dated 30.08.2019 and Jagran dated 02.07.2020 that sanction for prosecution of 09 officers is sought by CBI in Noida Cricket Stadium Project and as such he apprehends his arrest.

It is argued that the applicant is aged about 63 years and has superannuated as CME (Jal), Noida.

Per contra, counsel for the CBI vehemently prayed for anticipatory bail.

It is argued that in the investigation it revealed that M/s STUP Consultant Pvt Ltd was appointed as consultant for the construction of Integrated Sports Complex including the cricket stadium project at Noida.

After having heard counsel for the parties and perusing the records, it is evident that the applicant was posted as the Chief Engineer, Nodia. He misused his official position and was involved in embezzlement of money from the State Exchequer. He is involved in two other cases. The same are different first information reports but the offences in them are separate and as such after investigation separate charge-sheets are being submitted by the investigating agency. The consideration of parameters for anticipatory bail in economic offences are all together different from other cases.

“The Apex Court while deciding a matter of economic offence at the stage of anticipatory bail has in paragraph nos’ 69, 72, 76, 77, 78, 80 and 81 in the case of P Chidambaram v Directorate of Enforcement : (2019) 9 SCC 24 has held that power under Section 438 CrPC is an extraordinary power and has to be exercised sparingly, it should be granted only in exceptional cases, nature and gravity of offence has to be seen and refusal to grant anticipatory bail would not amount to denial of the rights conferred upon the accused under Article 21 of the Constitution. It was further held that cases of economic offences stand as a different class as they affect the economic fabric of the society. It was observed that economic offence is committed with deliberate design with an eye on personal profit regardless of the consequence to the community”, the Court held. 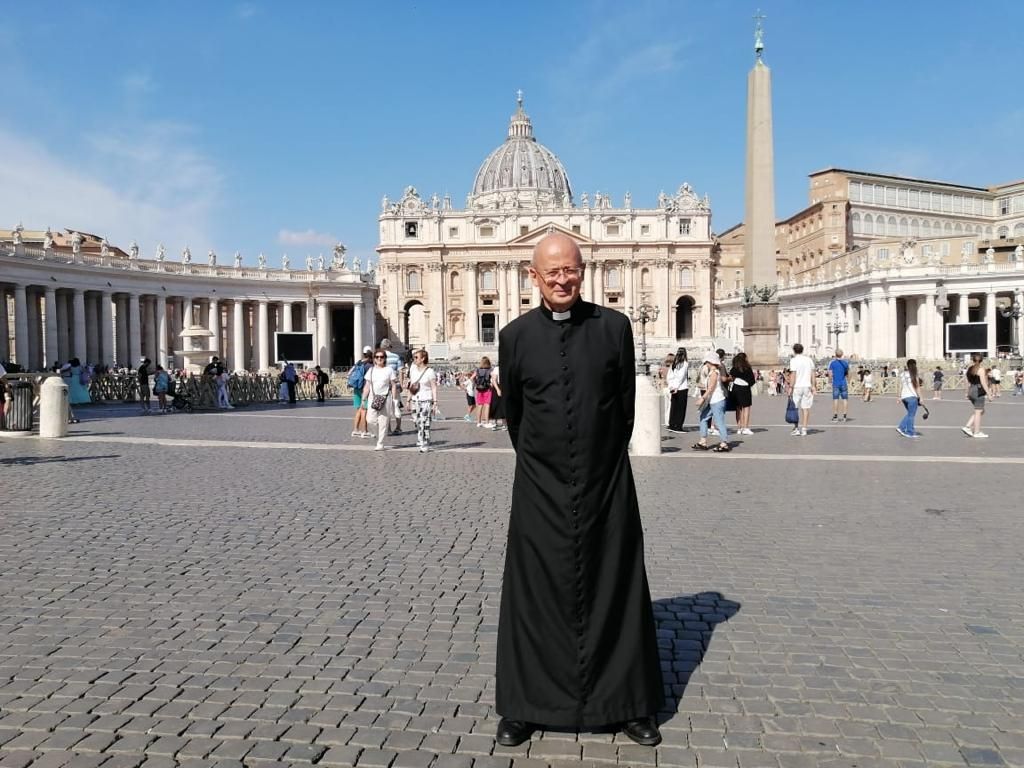 “I only slept three hours at night,” he recalled. “I did my second year of theology at the same time as my police promotion course.”

After his ordination, Suárez understood his mission was to help transform “the hearts of policemen.”

He volunteered for police patrol shifts from midnight to 6 a.m. While on patrol, he had long conversations with the men he was posted with; sometimes, he would hear their confessions or invite them to pray the rosary together.

One particular conversation with a colleague stands out in his mind: “Two days later, he was killed in a terrorist attack and we buried him.”

“I have seen so many comrades become victims of violence, who have been kidnapped and … were kept in the worst living conditions,” he added.

As a priest, Suárez also comforts and ministers to the families of his colleagues who have been kidnapped or killed.

In Colombia and other South American countries including Chile and Venezuela, it is not unusual for priests to be full members of the police force, Suárez said. He insists that “being a policeman and a priest is absolutely compatible.”

When asked about the use of violence, Suárez said that when his life has been in danger, he has had to defend himself, but fortunately, he has not had to kill anyone.

He has also devoted much of his time to serving prisoners and perpetrators detained by the police.

At Catholic News Agency, our team is committed to reporting the truth with courage, integrity, and fidelity to our faith. We provide news about the Church and the world, as seen through the teachings of the Catholic Church. When you subscribe to the CNA UPDATE, we’ll send you a daily email with links to the news you need and, occasionally, breaking news.

As part of this free service you may receive occasional offers from us at EWTN News and EWTN. We won’t rent or sell your information, and you can unsubscribe at any time.

“In the detention rooms, there is barbaric overcrowding. In places where there were 150 inmates … they had to sleep squatting or sitting down because there was no place to lie down,” he said. “I bring them [clean] clothes. Many of them are very poor.”

He also offers Masses for the detainees and hears confessions. In some cases, Suárez has paid the bail, something that frustrated his police colleagues.

Suárez said that corruption within the police force is a serious issue, which is why he believes that good police training and formation are so important.

For the past year, Suárez, now 61 years old, was assigned to Rome, where he has been working to strengthen relations between the Colombian police force and the Italian police through a joint training program. The posting also gave him the opportunity to meet Pope Francis.

Drug trafficking continues to be the biggest problem facing Colombia, Suárez said, and the death toll inflicted by the cartels has been enormous.

Authorities on Thursday released the names of five family members, including two young children, found dead inside a Chicago-area home this week.

“Today is a very sad day for our community as we continue to process this unthinkable event,” Budds said.

Buffalo Grove police were dispatched to a single-family residence in the 2800 block of Acacia Terrace for a call of a well-being check on a woman. Inside they found five dead family members, including two young children and an animal, police said.
(FOX 32 Chicago SkyFOX)

Investigators believe the killings were domestic-related.

Autopsies for all five revealed they died from sharp force injuries, the Lake County coroner said.

Authorities declined to disclose who inflicted the injuries or what kind of weapon was used. Vera Kisliak had sought protection orders in August and September and filed for divorce in July, Fox Chicago reported.

A co-worker of Vera Kisliak called the police on Wednesday, Budd said, which led to the discovery of all five family members.

He also declined to comment on reports from neighbors that the police had been to the Kisliak home in the past month. A local resident told the Chicago-Sun-Times she called the police in August over concerns about how Andrei Kisliak treated the children. 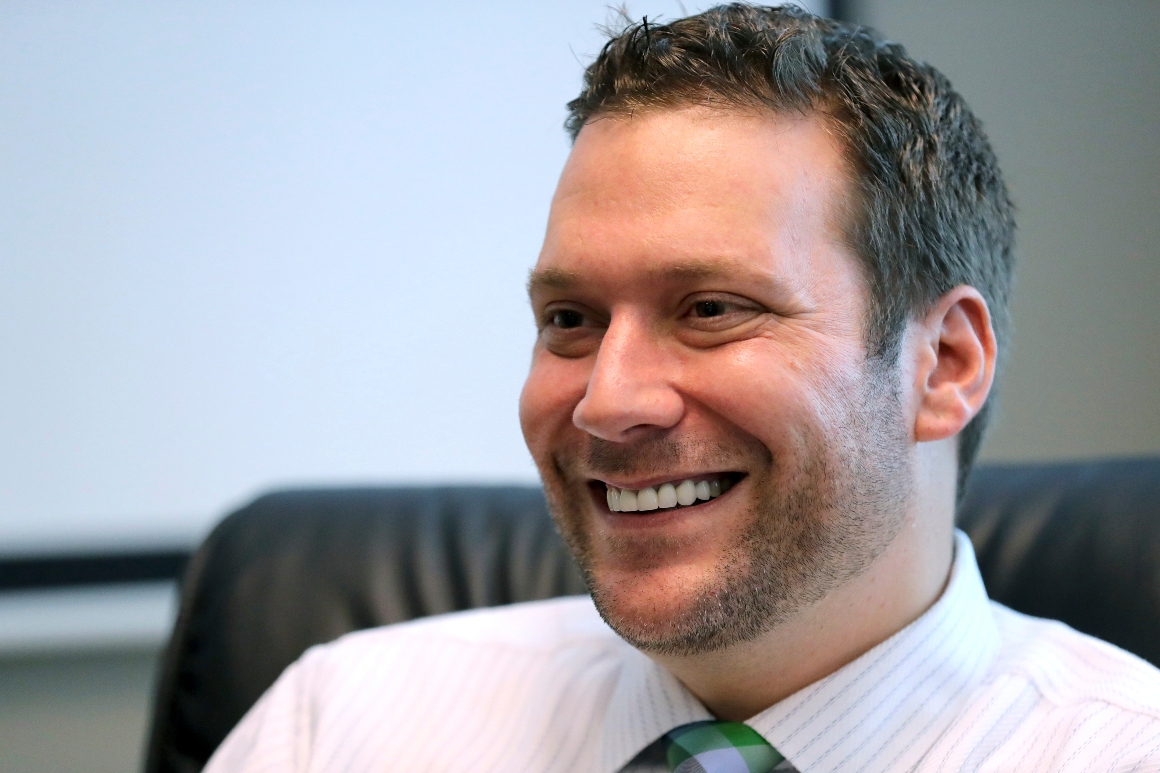 The disgraced former Florida tax collector who cooperated with federal authorities in their investigation into Rep. Matt Gaetz (R-Fla.) was sentenced Thursday to 11 years behind bars.

Joel Greenberg’s sentencing was delayed multiple times as he cooperated with state and federal authorities.

The sentencing brings to a close one of Seminole County’s most sprawling public corruption cases, which spurred inquiries into Gaetz and other public figures, including Halsey Beshears, a former state House member who also served as the secretary of the Florida Department of Business and Professional Regulation. Beshears resigned from his government post in 2021, citing health issues. Greenberg, Gaetz and Beshears were named on a December 2020 federal grand jury subpoena.

Greenberg was initially charged with more than 30 criminal counts, but in May 2021 pleaded guilty to six charges — including sex trafficking and fraud — in exchange for his cooperation in multiple cases, including a sex trafficking probe into Gaetz. The two men were once friends, and Gaetz described Greenberg as his “wingman” to acquaintances.

The Justice Department’s probe into Gaetz, which started in 2020 during the closing months of the Trump administration, was looking into whether the Florida congressman had sex with a 17-year-old woman and paid her for it. Gaetz, one of former President Donald Trump’s most vocal supporters, had repeatedly denied the accusations and was never charged with a crime.

In September, a person with knowledge of the investigation indicated that the DOJ would likely not pursue charges against Gaetz.

Greenberg helped prosecutors secure convictions in several other cases, including Joe Ellicott, a collectibles dealer who was a groomsman at Greenberg’s wedding and received a 15-month sentence after pleading guilty to conspiracy to commit wire fraud and distributing a controlled substance.