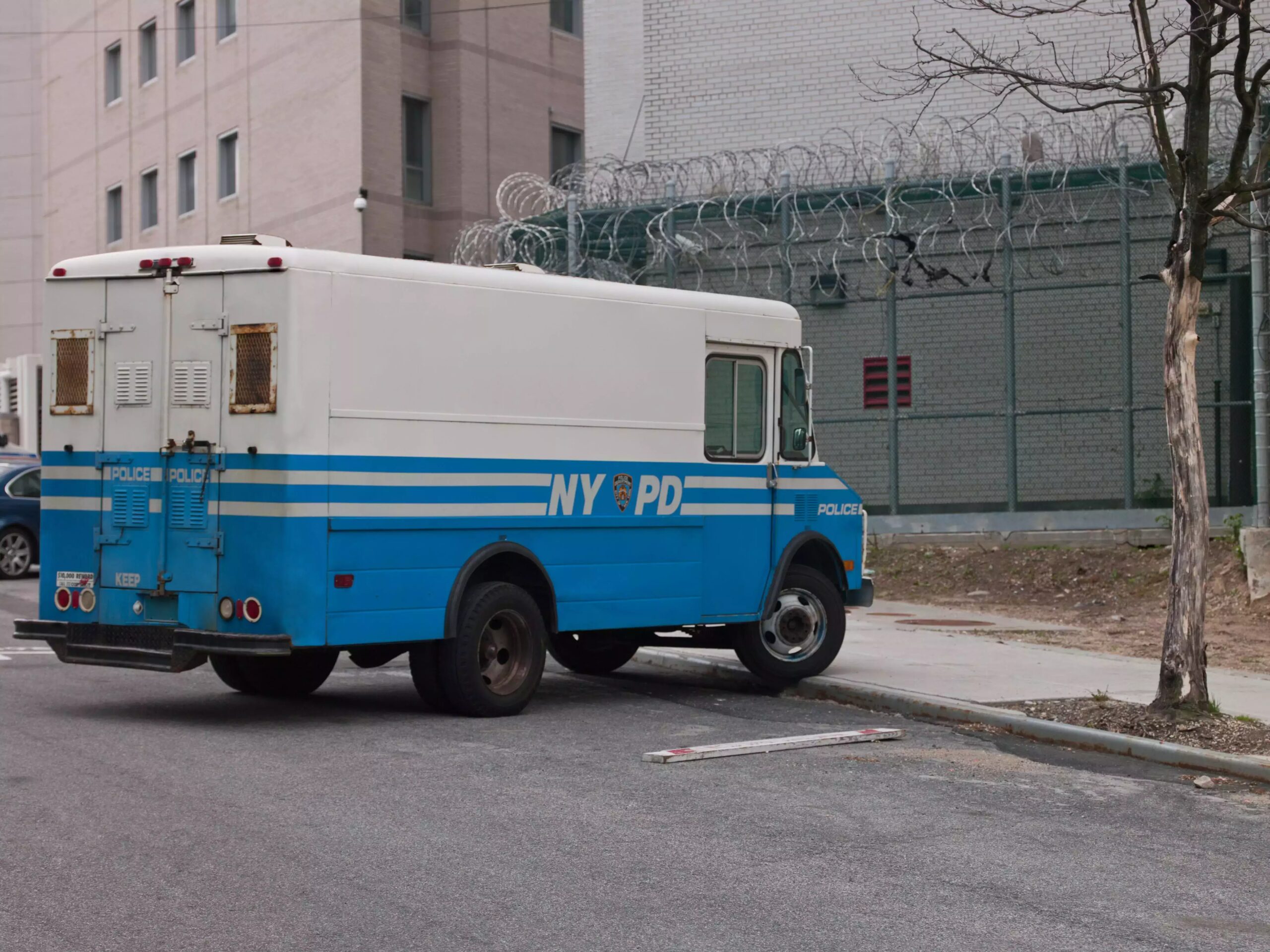 A Brooklyn man whose past conviction was tossed this week because of a corrupt New York City police officer said he’s “elated” about the news, but that his exoneration barely scratched the surface of widespread police corruption.

“It’s a step in the right direction, but there’s a lot more that has to be done,” Gregory Barnes told Insider on Thursday. “That’s just the beginning … that’s a grain of sand in a sea of problems.”

Barnes, 43, is one of 378 people with felony and misdemeanor convictions that a Brooklyn prosecutor aims to exonerate after 13 NYPD officers, whose work helped land hundreds behind bars, were themselves convicted of abusing their power while on duty.

Brooklyn’s district attorney’s office said in a Wednesday statement that District Attorney Eric Gonzalez “lost confidence” in those cases where the convicted officers served as witnesses.

Barnes’ conviction — a 2006 drug-related offense for which he served 30 months in prison — was vacated and dismissed that day, along with a handful of others.

Barnes said evidence was planted on him during a sham drug sale. He said his case should have been dismissed from the arraignment, but his previous criminal record made it easy for the case to move forward.

After he was indicted, he said he took a deal for a 30-month prison sentence because he was worried things could get worse and he wanted to do “damage control.”

“There was nothing to this case, nothing. They were bullshiting from the get-go and everybody knew it,” Barnes said. “And I did 30 months out of my life behind it.”

The NYPD officer in Barnes’ case was later convicted of official misconduct and planting drugs on individuals, according to the Brooklyn district attorney’s office and Elizabeth Felber, who heads the wrongful conviction unit at the Legal Aid Society non-profit.

“He thought because he had a badge that he was above the law and that he was untouchable,” Barnes said of the officer. “Just because you have a badge does not mean that you are beyond consequences.”

That cop, Jason Arbeeny, cried in court at his sentencing and faced up to four years in jail, according to the Daily News.

“Sir, I am begging you, please don’t send me to jail,” he told the court.

The judge in the case showed leniency, giving him five years on probation and 300 hours of community service instead of jail.

Felber, who has worked as an attorney with Barnes, told Insider that she’s “glad” the district attorney’s office is tackling police corruption, but noted that some of these reviews should have been done years ago.

“We hope it’s not a flash in the pan — that they continue to review the work and be aware of when police officers are accused of crimes,” she said.

Barnes said he wants to use his dismissed conviction as a tool to help other people and try to steer them away from a potential life of “criminality.”

But he also said he wants to “expose” the prison system and ignite some type of change, starting a YouTube channel about flaws in the criminal justice system.

“This system is extremely, extremely corrupt,” Barnes said, saying it uses incarcerated individuals to “create goods and services for pennies on the dollar.”

“If I can create some type of change for other human beings where somebody else might not have to endure what I’ve endured, what other guys like me have endured, and I can stop that, and can enrich the quality of somebody else’s life, that right there — that’s the prize,” he said.

WILLIAMSPORT – A former Williamsport Area High School teacher has been accused of having sexual contact with a student – the third educator associated with the school charged with sexual misconduct this year.

Michele Pulizzi, 52, a former English teacher at the school, was charged by state police Friday with criminal solicitation to have sexual contact with a student. She was released on $75,000 unsecured bail.

Search warrant affidavits obtained by PennLive in early September alleged Pulizzi “made out” with a male student in the school and they exchanged nude pictures and videos of themselves.

MEXICO CITY — A massive trove of emails from Mexico’s Defense Department is among electronic communications taken by a group of hackers from military and police agencies across several Latin American countries, Mexico’s president confirmed Friday.

The acknowledgement by President Andrés Manuel López Obrador comes after Chile’s government said last week that emails had been taken from its Joint Chiefs of Staff.

The Mexican president spoke at his daily news conference following a local media report that the hack revealed previously unknown details about a health scare he had in January.

López Obrador downplayed the hack, saying that “there’s nothing that isn’t known.” He said the intrusion apparently occurred during a change of Defense Department systems.

But Chile was so concerned by the breach to its own systems that it called its defense minister back from the United States last week where she was attending the United Nations General Assembly with President Gabriel Boric.

The 10 terabytes of data taken by the group also include emails from the militaries in El Salvador, Peru and Colombia, as well as El Salvador’s National Police. The Mexico portion of the data appeared to be the largest.

A group of anonymous, self-described social justice warriors who call themselves Guacamaya say they use hacking to expose injustice and corruption in defense of Indigenous peoples. Hackers using the same name previously hacked and released the emails of a mining company long accused of human rights and environmental abuses in Guatemala.

In a statement accompanying the most recent action, the group complained of the plundering of Latin America, which it refers to as Abya Yala, by colonizers and the continuing extractivist goals of the “Global North.”

The group issued a 1,400-word comunique saying that the militaries and police of Latin American countries, often with extensive training by the United States, are used by governments “to keep their inhabitants prisoner.”

“The police minimize the risk that the people exercise their honorable right to protest, to destroy the system that oppresses them,” the group wrote.

The group said it would make the documents available to journalists, but so far only a tiny portion has been reported — in part, perhaps, because of the sheer quantity of the data.

In an email exchange, the hackers said that their review of the Mexico emails so far indicated that much of the information was already publicly available and they doubted there were “explosive” emails — possibly because more sensitive communications were better protected.

But they said there was evidence of the military closely following political and social movements.

They said those include relatives of 43 students who were kidnapped by local police and allegedly handed over to be killed by a drug gang in 2014 — a case in which some military officers have been accused of involvement — as well as the Zapatista rebel movement that staged a 1994 uprising in southern Mexico and groups opposed to López Obrador’s current effort to build a tourist train around the Yucatan Peninsula.

Rather than seeking monetary benefit or ransom for compromising government information systems through a cyberattack, Guacamaya appears to be more of a “hacktivist” hack-and-leak operation with social justice goals.

López Obrador was responding to a television report by Mexican journalist Carlos Loret de Mola who said among the hacked emails were medical records about the president, including a previously undisclosed emergency air flight to the capital from his ranch in January, when he was suffering serious chest pains and at risk of a heart attack.

Later that month he underwent a heart catheterization, which was made public, but at the time was described as the result of a routine examination. López Obrador suffered a heart attack in 2013 and has high blood pressure.

The 68-year-old president noted at his news conference that he suffers from a number of ailments and undergoes checkups every few months.

A 24-year-old man has been shot dead by police in the Airlie Beach party strip after he allegedly approached officers with a knife in the early hours of Saturday.

Superintendent Graeme Paine said the man drew a knife, with a four-to-five centimetre blade, in front of the officers who were patrolling the area about 12.15am.

“That male has produced a knife and advanced towards the officers,” he said.

“As a result, the officers have drawn their firearms and provided some verbal directions to the male to drop the knife.

“That male has continued to advance towards the officers.

“The officers have discharged a firearm, and unfortunately the male has sustained fatal injuries.”

Superintendent Paine said four or five shots were fired at the man, who worked in Townsville.

Paramedics said one round hit the man’s upper body and he died at the scene.

Another of the bullets punctured a window of a nearby car.

The strip is a Safe Night Precinct and is also the main street of the tourist town.

It is expected to be shut for most of the day so police can collect forensic evidence.

Superintendent Paine said they do not know at this stage if the man had been visiting bars, however, he said there were multiple witnesses and CCTV to piece together what happened before the shooting.

“The officers are well trained to identify and respond to different types of threats,” he said.

“I do want to highlight the dangers of carrying a knife at any time in a public place.

“It’s an offence under certain circumstances but to carry a knife in a safe night precinct, which is a dynamic place where there are people consuming alcohol and whatnot — It really does pose a significant threat to the public, including the police that are in there trying to maintain the safety of everyone.

“That’s a really significant factor for us, the fact that someone has had a knife in such a dynamic area.”

Superintendent Paine said the man was originally from Western Australia and his family had been notified.

“It’s a tragic circumstance for the family of the young man, also for the officers involved, so we’re providing support,” he said.

“I’ve spoken with both police in the early hours of this morning,” he said.

“They’re physically fine, but mentally this will have a severe impact upon them and that’s where we have to be very cautious.”

The Ethical Standards Command is investigating the shooting, with oversight from the Crime and Corruption Commission.

A crime scene has been set up.