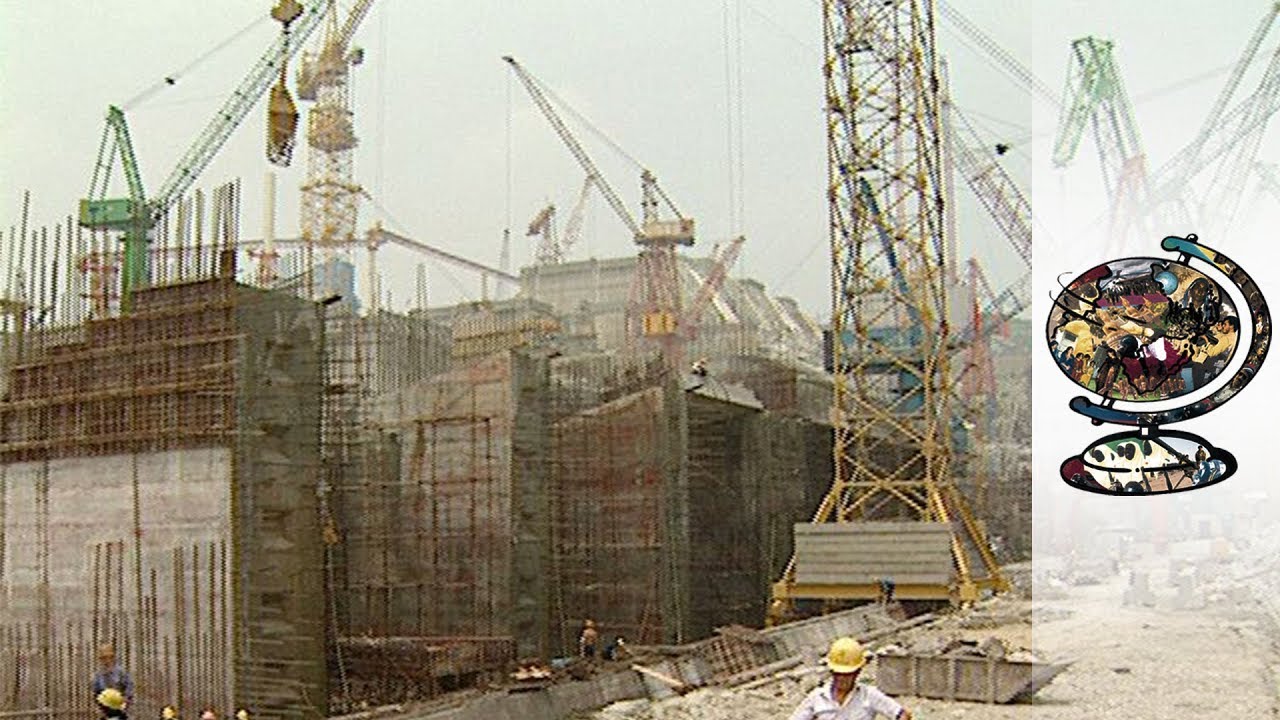 Wedged into the rocks above a secluded ravine hangs the rubble of a collapsed bridge. Foreign journalists are not supposed to see this, the evidence of disastrous corruption surrounding the dam’s hundreds of smaller infrastructure projects. Ironically Beijing is now allowing open criticism of the building fiascos to shame contractors into operating honourably. Given access for the first time, a Chinese TV reporter laughs in amazement as he plunges a stick into a supposedly impenetrable levee bank. A building contractor appointed to repair the levee subcontracted the job, pocketing a proportion of the reconstruction funds. For the people displaced by the dam, resettlement compensation is also disappearing. Fengdu City will be drowned in four years. High above the waterline the new city rises brick by brick. But there are no cheap houses being built, it’s all luxury offices & homes. A social timebomb is ticking as peasants are forced off their land into homelessness without receiving the promised compensation money. The bloated Dam project has been the state’s flagship enterprise for years. In the coming months the next batch of resettlement comes online – 125,000 farmers will be moved. It’s just a fraction of the 1.13 million people who will be resettled by the time the project is complete in 2014. Will China’s drive to make a success of the dam prove disastrous for the tens of millions downstream from a shoddy dam? 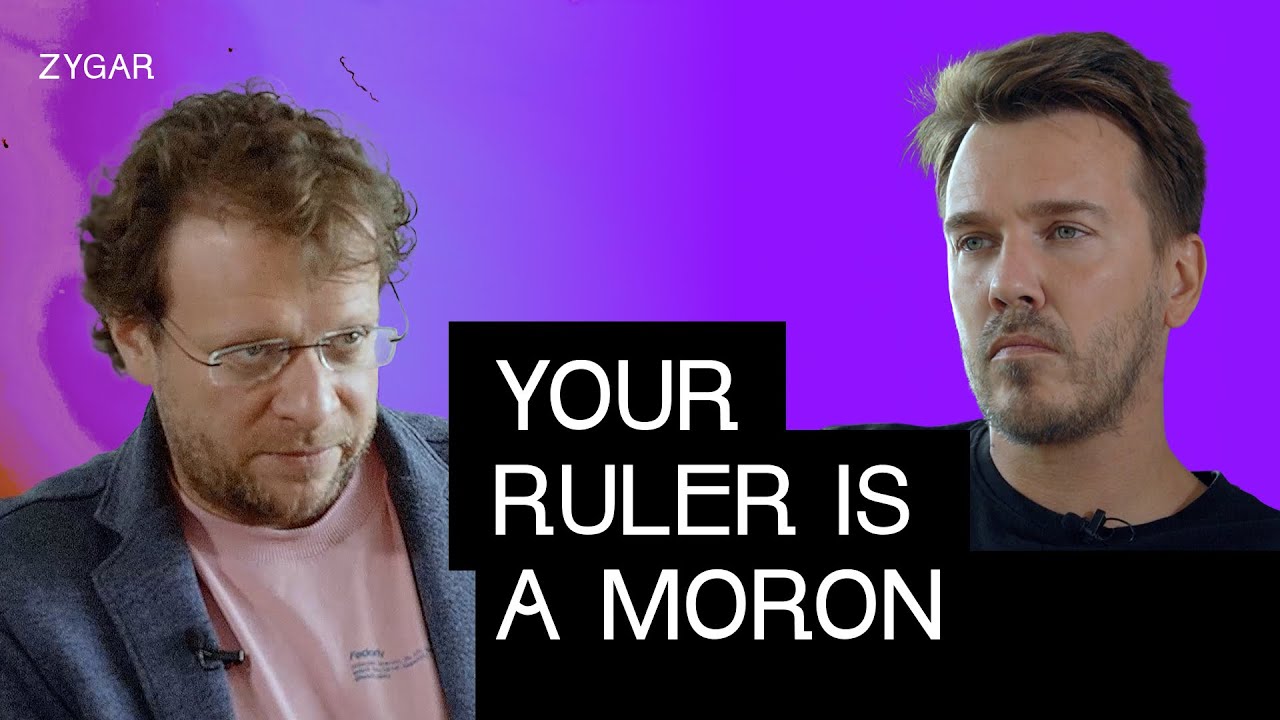 We’re back from holidays with an interview that I took even before mobilisation. Peter Pomerantsev is a British journalist, writer and television producer. For Russian voiceover please see https://youtu.be/3_s0832y1zc
00:00 Peter Pomerantsev is one of the most famous researchers of Russian propaganda, and works at Johns Hopkins University.
01:16 Why is support for the war is growing in Russia? People in Russia believe in one thing in the morning, another in the evening, and a third at night. And all these beliefs are both real and completely inadequate. This has been going on since the days of survival in the late Soviet system. The Kremlin simply takes advantage of the fact that people do not have strong convictions.
04:06 Putin was actually chosen as a military leader, and Putin’s first elections were quite fair. There was a request for authoritarian leadership and a cult of a strong hand. Propaganda works when it matches popular desires, and his authoritarian style of leadership was also deliberately chosen.
08:06 Other countries that seem to be infected with Putin and politicians tend to act conditionally like Putin: in Italy, Hungary, Latin America. In an age of change, when people feel very anxious, they turn to such simplistic, inflexible and aggressive forms of self-consciousness.
13:09 The impact of anti-Americanism: good Europe with Berlusconi and Orban, bad Europe with liberals and gays. Good America with Trump and bad America with Obama. The very word “America” ​​denotes a whole palette of almost personal problems. When you live in Russia, you are humiliated all day long by bandits, tax officials, cops, bosses.
17:49 Perception of Russia in the West: Putin has long been rightly portrayed in the British press as a villain. Interesting are the changes around Ukraine, which was perceived as a corrupt country somewhere far away. We are witnessing the emergence of Ukraine as a voice and as a subject. The image of President Zelensky is being anti-Putin. Americans see their own history in Ukraine: wars for independence from the empire. The view of Russia has changed, and is it now viewed as an irrational, toxic, unfit partner. Xi Jinping did not want to touch Putin. The biggest crime is not that he embodies evil, but incompetence. Russia looks incompetent, irrational, simply unpleasant to do business with.
24:45 Does the West have the opportunity to deal with Russian propaganda in a non-financial and non-military way? Russia sees itself in conflict with us. So we have to start recognising that this is our conflict too. And this is not just assistance to Ukraine – it is part of a single whole.
27:58 Why don’t people trust public television anymore? People do not feel that institutions, ministries, educational institutions, bureaucracy, mass media meet their interests, and I think that this is our fault. People need to feel involved, we need journalism to be is more inclusive
33:53 The whole world is against us. There is a huge conspiracy against Russia. The Iron Curtain has descended, only now the West has lowered it. If sanctions are used as a way to undermine the regime, then this communication around politics is important, the West has completely failed to do this, and this allows Putin to shape all perceptions within Russia himself.
43:38 Putin’s main argument is that he can break everything and go unpunished. It doesn’t seem to me that there is any prejudice against Russians in general – in any case, there is no systematics in this.
48:06 How Putin’s contagion will pass: a society that is trying to cope with its illnesses and is trying to find some other way for itself. This is the process we will have to go through. But it is a long way, and it depends on many changes. 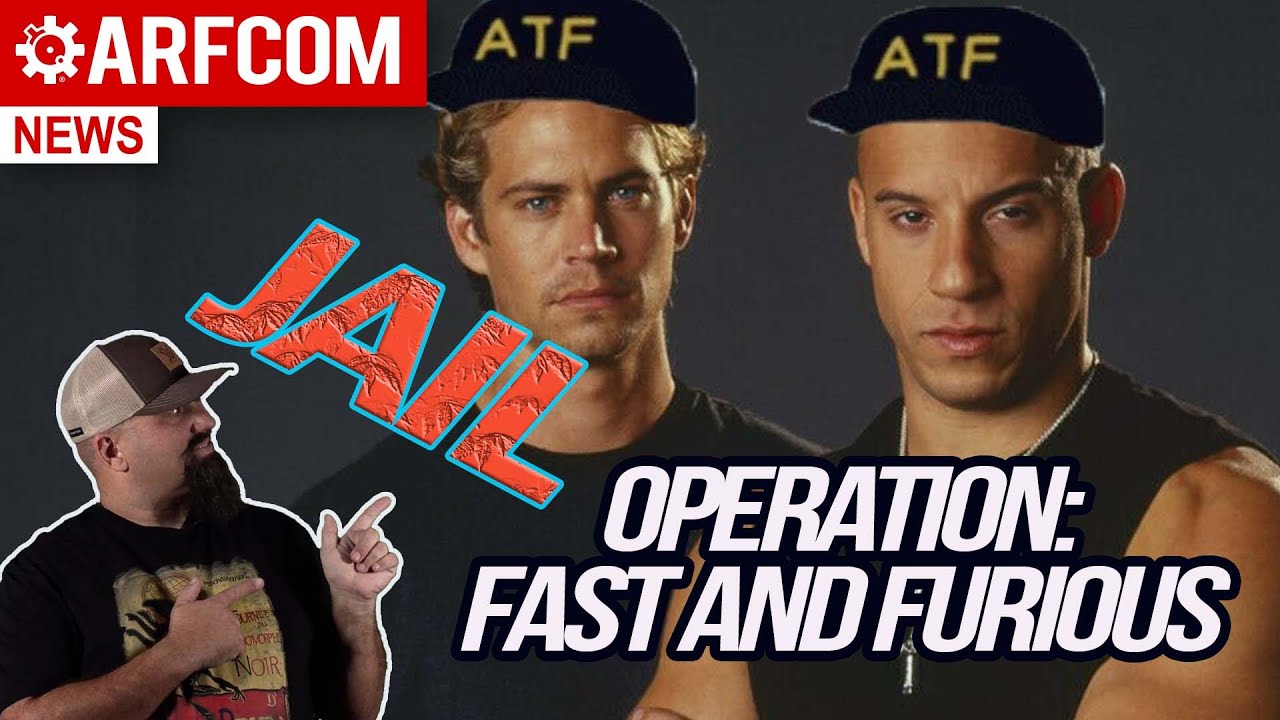 In this edition of ARFCOM News:

This video does not contain, portray, or condone violence, nudity, sexual acts, profane language, hate speech, scams, fraud, deceptive marketing, or any other content in violation of YouTube policy. 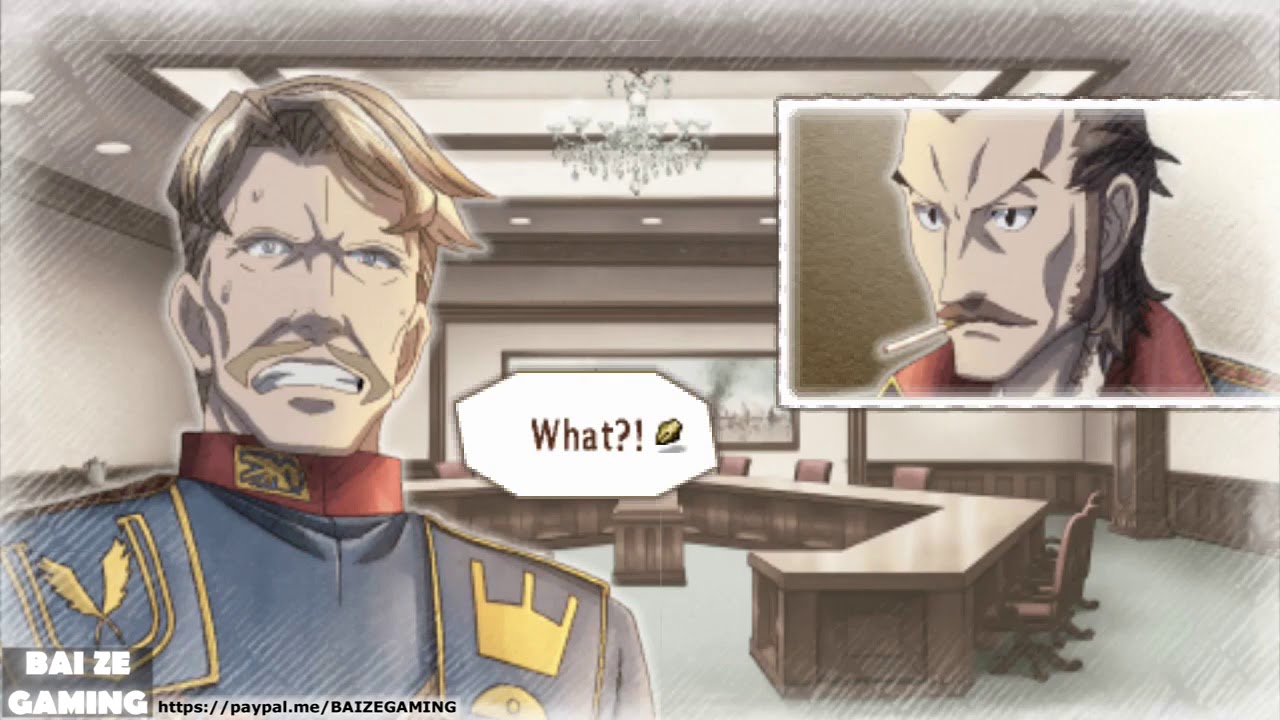 Want to support our channel? Become a Patron at https://www.patreon.com/BAIZEGAMING

Check out our funny images on our Tumblr! https://bai-gaming.tumblr.com/