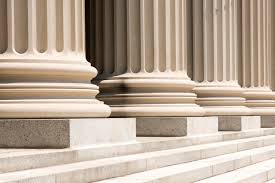 The proper balance in corporate prosecutions remains a tricky issue.  On the one hand, many argue that large fines and penalties against corporations are needed to deter criminal conduct, while others contend that shareholders bear the brunt of such penalties while corporate actors escape punishment.  In the most cynical sense, some argue that corporate fines are simply the cost of doing business.

The pendulum swings back and forth — DOJ has stated in the last decade that individual criminal enforcement is the most effective deterrent.  Hence, DOJ issued the Yates Memorandum in 2015 to remind prosecutors what they already know — it is critical to focus on culpable individuals when conducting a criminal investigation of corporate wrongdoing.

Since 1991, the Sentencing Commission has played a lead role in the sentencing framework for organizations — resulting in the adoption of Chapter 8 of the Sentencing Guidelines.

Recently, the Sentencing Commission released a 30-year retrospective on the Organization Guidelines, which contains important sentencing trend information with respect to corporate investigations.  The report, while interesting, however, does not measure the use of deferred prosecution or non-prosecution agreements since the organizations at issue do not fall under any final criminal sentence.  Nonetheless, the report sets out some interesting data.

Returning to the data, the Sentencing Commission data shows that over the past twenty years corporate prosecutions are dwindling from a high of 304 prosecutions in 2000 to a low this past year, 2021, of just 90.  Again, bear in mind, that most of these prosecutions involve private enterprises with fewer than 50 employees. Large global companies have not been convicted because most resolve their cases with DPAs or NPAs.  On average, DOJ enters into 20 to 30 DPAs each year.

With killers in charge, Iraq faces more chaos and woe

In Brazil, a grieving mother takes police killings to court

Should People Who Experienced Police Brutality Be Allowed On A Jury?