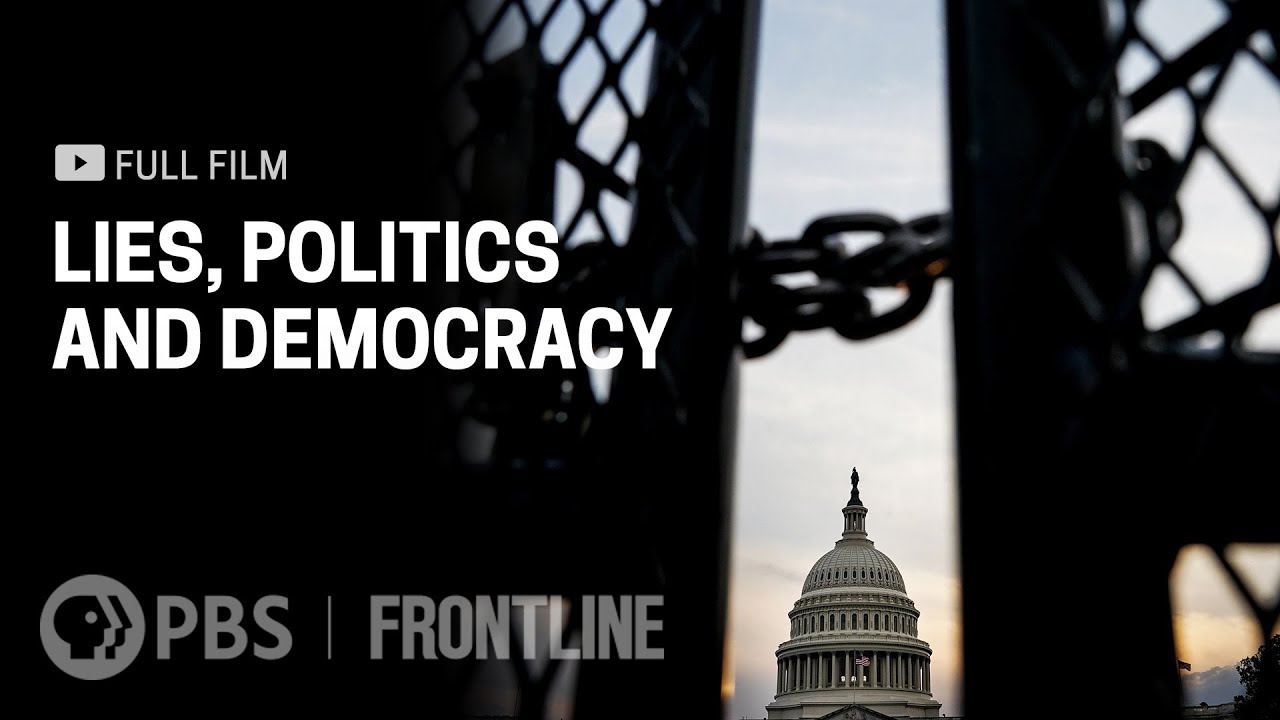 Ahead of the 2022 midterms, FRONTLINE’s two-hour season premiere investigates political leaders and choices they made at key points that have undermined and threatened American democracy.

This journalism is made possible by viewers like you. Support your local PBS station here: http://www.pbs.org/donate.

In “Lies, Politics and Democracy,” FRONTLINE examines how officials fed the public lies about the 2020 presidential election and embraced rhetoric that led to political violence.

An epic examination of former President Donald Trump’s influence on the Republican Party, the documentary presents startling details from GOP insiders on how the indulgence of Trump’s authoritarian impulses and embrace of his rhetoric enabled his power over the American political system, leading the nation to a precarious moment in which most Republican voters now believe the lie that the 2020 election was stolen.

Told in part through the perspectives of key Republican players and party leaders, the two-hour special provides first-person accounts from those who sounded the alarm about Trump, and those whose warnings were minimized or silenced all along the way.

“Lies, Politics and Democracy” is supported by The WNET Group’s Preserving Democracy, a public media initiative. The film is a FRONTLINE production with the Kirk Documentary Group. The director is Michael Kirk. The producers are Michael Kirk, Mike Wiser and Vanessa Fica. The writers are Michael Kirk and Mike Wiser. The reporters are Vanessa Fica, Tim Alberta and Jelani Cobb. The editor-in-chief and executive producer of FRONTLINE is Raney Aronson-Rath.

Find FRONTLINE on the PBS Video App, where more than 300 of our documentaries available to watch any time: https://to.pbs.org/FLVideoApp

Afghanistan pull-out – Radicalized veterans in the US | DW Documentary

http://corruptio.blogspot.se
The former President of the Swedish Hells Angels speaks about how the Swedish government made it illegal for members of the Swedish civilian population to start debt collection companies.

Alastair and Rory are joined by Edi Rama, the Prime Minister of Albania, to talk Putin, Merkel, Macron, the European Union, small boats, cyber attacks from Iran, and much, much more. Tune in to hear how the ‘third way’ inspired Edi’s journey from life as an artist in Paris to a three-time election-winning prime minister.

Become a member of The Rest Is Politics Plus to support the podcast, enjoy ad-free listening, and receive early access to live show tickets and Question Time episodes. Just head to therestispolitics.com to sign up.