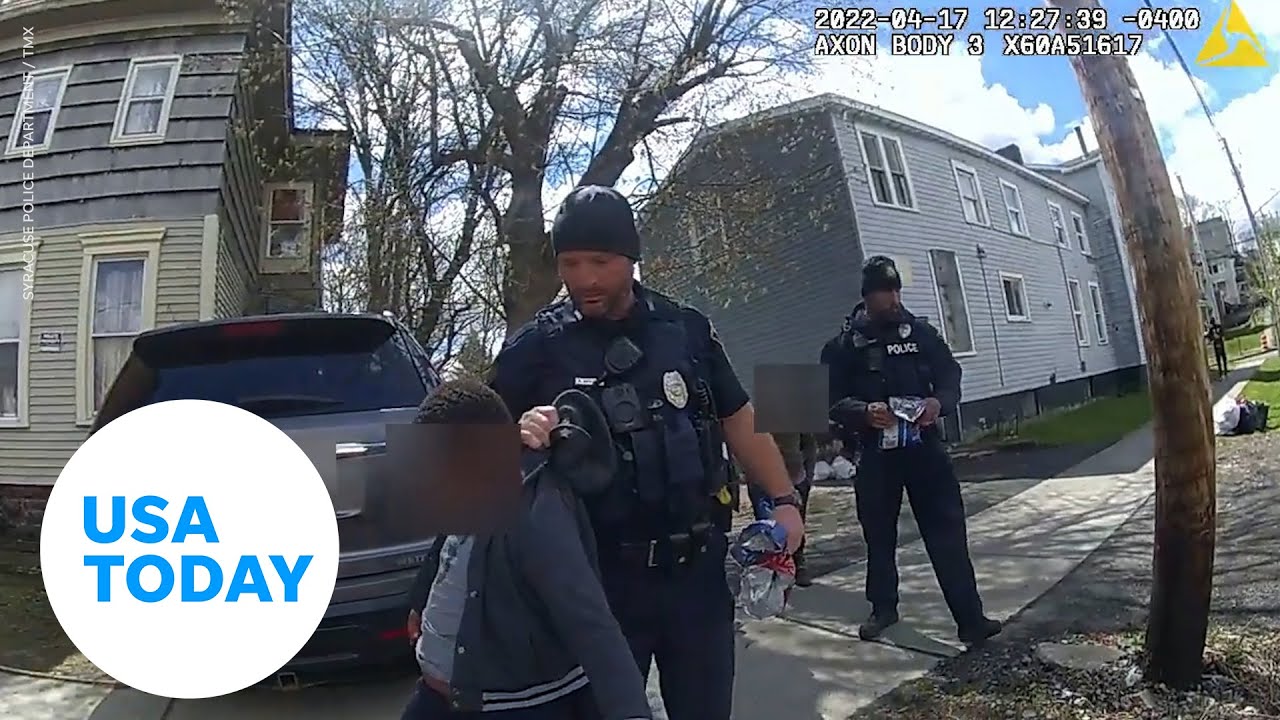 The Syracuse Police Department released bodycam footage from an incident that resulted in an officer putting an 8-year-old in the back of a police car.

The video was provided to USA Today with items blurred and some audio redacted. https://bit.ly/3MoavZv

Police in Syracuse, New York, released body camera footage Thursday they say shows a “more well-rounded story with a positive outcome” than the viral bystander video of officers putting a crying 8-year-old boy into a police vehicle for allegedly stealing a bag of chips.

Officers responded to a larceny in progress call at a Dollar General on the city’s northside Sunday afternoon, police said at a press conference Thursday. The store’s clerk said several juveniles had stolen multiple bags of Doritos.

Police played portions of body worn camera footage from the three officers at the scene. In one clip, an officer approaches the group of children and demands one child get off his bike before placing the crying boy into a police car and taking him home.