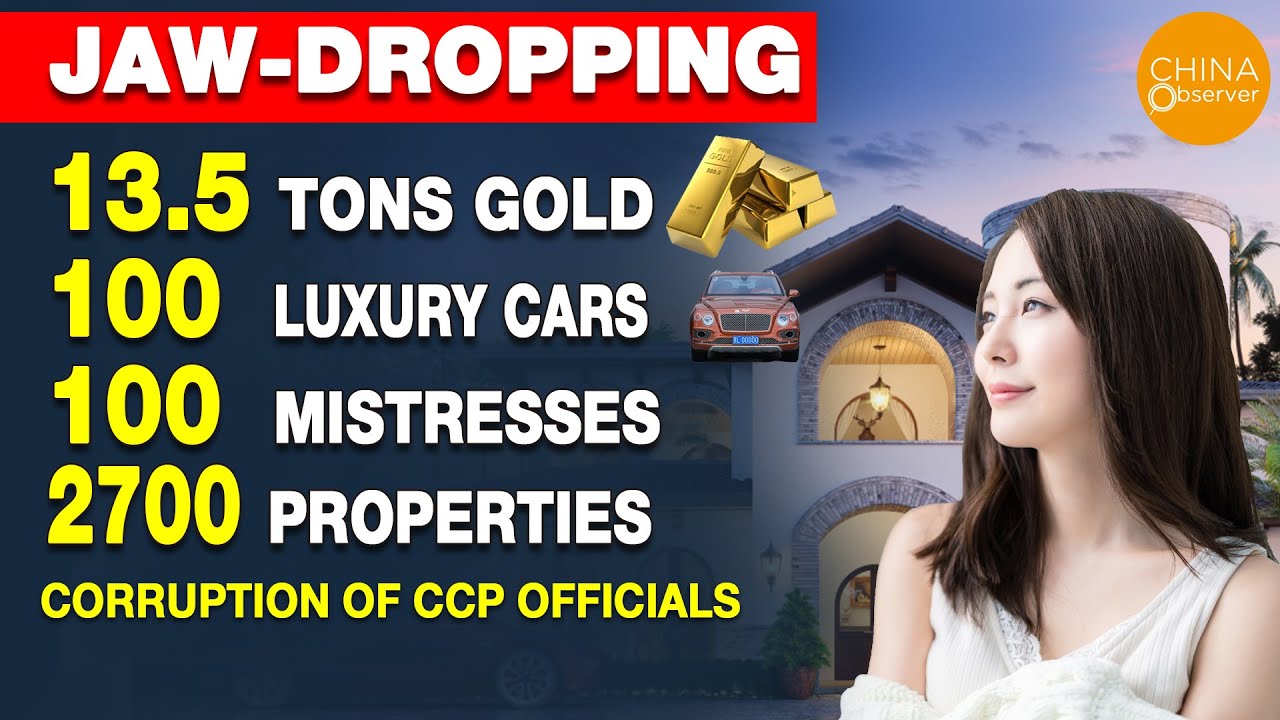 Rolls-Royce, Bentley, Hummer, limited edition cars, hundreds of luxury cars that worth nearly $100 million, this is not a car show, these cars are the private assets of Li Wei, the former deputy director of the Harbin Electricity Bureau, a corrupt Chinese Communist official.

The python robe of the Qing Dynasty, the Yongzheng year dragon pattern diamond plate, the Qianlong year pastel flower bowl, stone glaze pastel vase, each collection is worth no less than one million, this is not a museum exhibition, but the former general manager of Harbin Power Industry Group Company, chairman of the board and party secretary Li Tong’s personal collection.

Li Wei and Li Tong are blood brothers. In addition to luxury cars and antiques, the Li brothers have a luxury dock in Songhua River and own as many as 69 sets of real estate, accumulating 120 million USD worth of assets. It is worth mentioning that the real estate and vehicles of the Li brothers were not purchased with loans, but with cash directly.

In 2018, they were investigated by the authorities to reveal this insane corruption case, and the cash seized from the Li family amounted to as much as 1 billion yuan. It was only in March of this year that the details of this case were revealed to the public through the national media.

How did they do it? Today we will look at the story of the Li brothers.

Chinese financial magnate Lai Xiaomin who was executed on Jan. 29, was the former party secretary and chairman of Huarong Group, the largest asset management company in mainland China. He was accused of using his official position to assist relevant units and individuals in obtaining financing, contracting, cooperation, job transfers and promotions during the period from 2008 to 2018. He also received bribes amounting to RMB 1.788 billion. This figure set a record for the highest number of bribes received by a corrupt official since the founding of the Chinese Communist Party in 1949.

Not surprisingly, the ratio of officials to citizens in China has always been considered a “state secret” by the CCP, and there are internal instructions not to include topics such as the “ratio of officials to citizens” or “the number of people supported by the state and local governments” in public articles and news reports.
In 2005, Zhou Tianyong, deputy director of the Research Office of the Party School of the Central Committee of the Communist Party of China (CPC), concluded that the actual number of government officials and quasi-personnel in China supported by the state treasury exceeded 70 million, with a ratio of 1:18 between the government and the people.

The January 2014 issue of Momentum magazine also revealed that in 2012, there were 610,000 retired senior party, government, and military officials, and their salaries, benefits, and entitlements totaled more than $725 billion, equivalent to 1.3% of GDP and 6.2% of fiscal revenue for the same year.
#China#Corruption#CCPCorruption#LiWei#LaiXiaomin

A family embarks on 13-year quest for answers after a military mom of 2 goes missing, in this clip from Season 3, Episode 5.

Make sure to tune in to an all-new season of Cold Case Files, Saturdays at 9/8c on A&E, and stay up to date on all of A&E’s premieres at http://aetv.com/schedule.

Subscribe for more from Cold Case Files and other great A&E shows:
http://aetv.us/subscribe-ae

Find out more about the show and watch full episodes on our site:
http://www.aetv.com/shows/cold-case-files-2017

“Cold Case Files” chronicles the journeys of the detectives who reopen cold cases. The detectives uncover new twists and startling revelations using breakthroughs in forensic technology and the influence of social media to help crack the cases—bringing long-awaited closure to the victim’s families and friends.

ABC News’ Britt Clennett reports from the country of Georgia, where tens of thousands of Russians have fled in the wake of Russian President Vladimir Putin’s military call-up.

Police: 5 California killings may be work of serial killer | Ap

Book review of Confidence Man: The Making of Donald Trump and the Breaking of America by Maggie Haberman