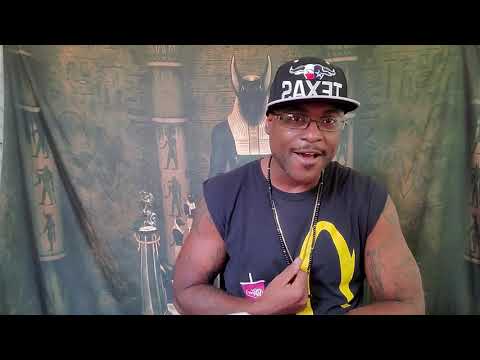 I am the author of 2 action packed, non-stop thrill ride novels, and 1 non fiction book exposing police corruption in my city. Order your copy, today.

Big Game Hunting
A lot of people make claims of police corruption, but they rarely ever uncover the necessary documents to irrefutably prove their claims. Although they may be correct, the lack of physical evidence, and the inability to present the information in a coherent narrative, leaves the accused cops enough wiggle room to hide behind terms like slander, defamation of character, and conspiracy theory. Well, dear reader, those days are over.

Matthew Daniels eloquently documents the war that he waged, along with his brother, Joshua Daniels, against the Texas City Police Department, and he details how the two of them went ‘Big Game Hunting’, and mounted the heads of several prominent people on their wall.

Reader, this work is EXPLOSIVE. Matthew Daniels shows that the same Texas City Police Officers who were charged with arresting criminals, were the worse criminals around. This is definitely a must read.

Suicide Note
Growing up on the rough streets of Dickinson, Tx in one of the worst neighborhoods in the city, a young man by the name of A.B. is doing everything in his power to make it out of his criminal lifestyle before it kills him. Never really knowing his father, and having a drug addicted mother, A.B. and his younger sister have lived in poverty all of their lives. At a young age, A.B. vows to change all of that, and he’s willing to do any and everything to achieve his goals. Even if that means he must sell drugs to his community, rob anyone with a dollar, and also murder anyone who gets in his way.

In his attempts to get rich and legit, A.B. runs into a street smart older white woman named Layla who appears to be everything he wanted and more. With Layla’s help, the two of them come up with a scheme to end all schemes. The pair goes on a crime spree in Galveston County that leaves enemies dead, police officers baffled, gang members wanting their heads on a platter, and their roller coaster Bonnie and Clyde type romance even leaves A.B. suspicious of Layla’s real intentions. Does she really love him? Does she really want to see him succeed? Will the two of them ride off into the sunset with enough cold hard cash to live a lavish lifestyle and never look back? Or, will this whirlwind romance/criminal enterprise usher young A.B. into an early grave?

Thicker Than Water
When a violent and bloody gang war erupts on the streets of Texas City, Tx, Detective Derrick Rose and Officer Sierra Martin scramble to chase down clues and killers in an attempt to quell the violence and bring peace back to their beloved City. As the body count rises, and time runs out, the pair of Texas City cops find out that no one is safe from the carnage. Gang bangers, law abiding citizens, small children, and even law enforcement are dropping like flies.

Detective Rose remembers all too well the last gang war fought between the Dramaside Hooligans and the Southlane Villains before the two criminal organizations formed a truce, and it quite literally shook Texas City to its core. Following leads and dodging bullets, Detective Rose and Officer Martin, realize that in order to stop the killing, they have to first find out why the killing began in the first place. Who decided to break the truce, and why?

Which gang will come out on top? Will the TCPD be able to successfully bring an end to the war? Will peace ever return to the streets of Texas City, or is homicide the new norm? All of these questions and more will be addressed and answered in Thicker Than Water. Buckle your seatbelt and hold on tight, dear reader, you are in for a bumpy ride.
Click The Link To Find Out:
https://www.amazon.com/Thicker-Than-Water-Matthew-Daniels/dp/0578693119/ref=mp_s_a_1_3?dchild=1&keywords=Thicker+Than+Water+by+Matthew+Daniels&qid=1593223103&sr=8-3#

Visit my website for more videos and products.
https://www.therealbookworm.com

http://corruptio.blogspot.se
The former President of the Swedish Hells Angels speaks about how the Swedish government made it illegal for members of the Swedish civilian population to start debt collection companies.

Alastair and Rory are joined by Edi Rama, the Prime Minister of Albania, to talk Putin, Merkel, Macron, the European Union, small boats, cyber attacks from Iran, and much, much more. Tune in to hear how the ‘third way’ inspired Edi’s journey from life as an artist in Paris to a three-time election-winning prime minister.

Become a member of The Rest Is Politics Plus to support the podcast, enjoy ad-free listening, and receive early access to live show tickets and Question Time episodes. Just head to therestispolitics.com to sign up.