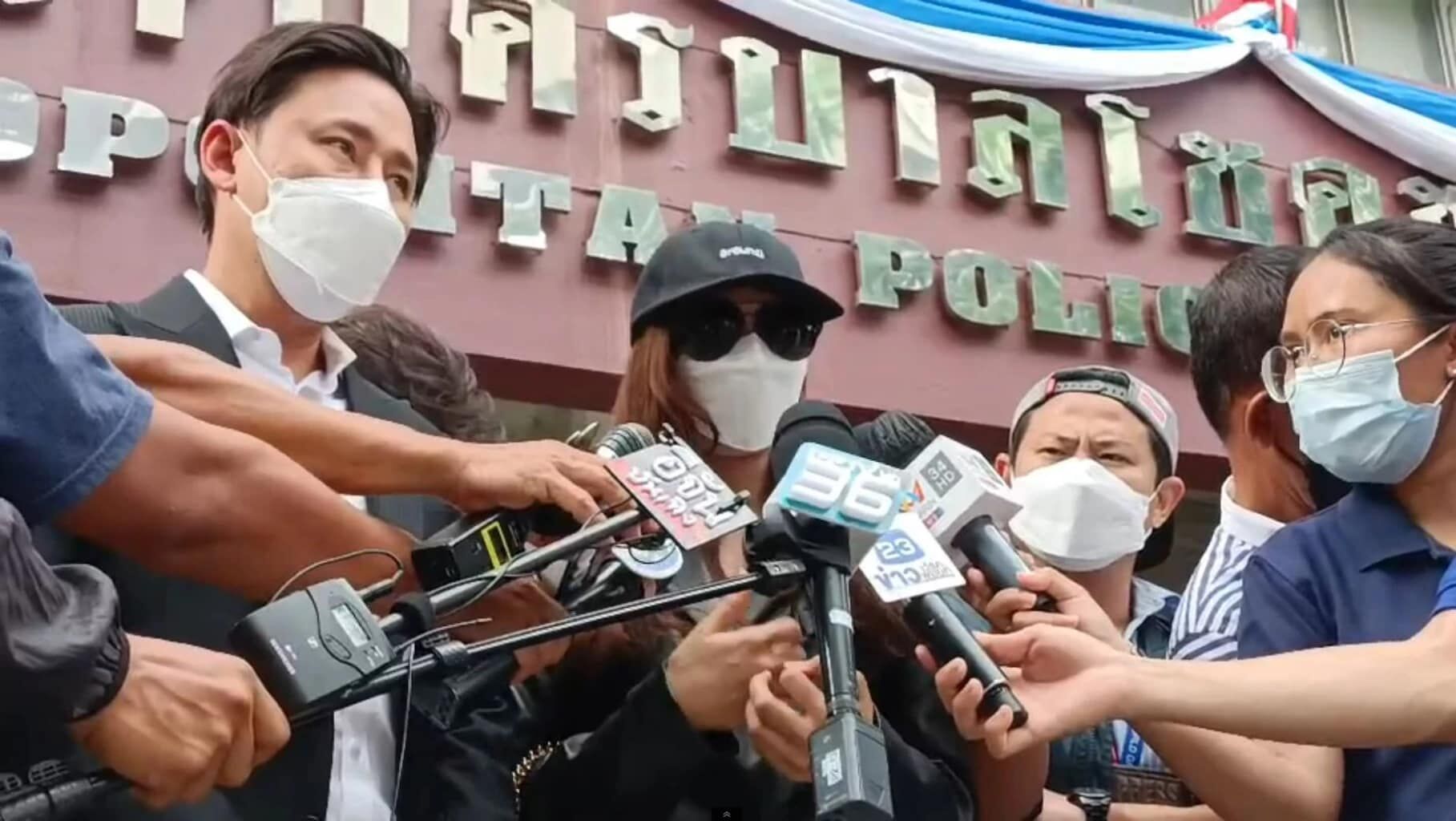 A Thai actress sought the help of a celebrity lawyer after police repeatedly ignored her claims she had been drugged and raped by the nephew of a prominent politician.

The actress, singer, and songwriter made public the alleged rapist contacted her via Instagram to talk about work. They agreed to meet at a shopping mall on August 9 but at the last moment, the alleged offender switched the venue to a pool villa in Soi Nak Niwat 2 in the Lat Phrao district of Bangkok.

The artist said she drank two bottles of strong Korean alcohol called Soju at the pool villa with the man and passed out. She woke up, couldn’t remember a thing, and rushed home at about 2am.

The 21 year old discovered some vaginal discharge while taking a shower when she got home. The actress booked a health check at a hospital and the doctor confirmed the discharge was semen and that there was a hypnotic substance in her blood, possibly Rohypnol.

She contacted the man to ask about the incident and he allegedly confessed to drugging and raping her that night. He also threatened her not to file a complaint with the police.

The alleged victim ignored all of the threats and filed a complaint at Chok Chai Police Station on August 11 but was surprised by the attitude of the officers. She said they were rude and treated her badly and reportedly told her not to consult a lawyer.

Likewise, she ignored the police’s advice not to seek help and contacted celebrity lawyer Sittha Beerbangkird and he helped her file a fresh claim on Wednesday.

The alleged victim informed the media that the offender is a nephew of a former politician and knew many police officers. He worked in the entertainment industry and also had an import-export alcohol business.

The actress revealed the offender’s politician uncle contacted her offering money and guaranteed work in the entertainment industry if she dropped the charges. The uncle said his nephew was about to join a political party to help improve the country and this scandal would ruin his reputation.

The celebrity lawyer Sittha announced he would help his client get justice and prosecute the offender to stop him from assaulting other victims in the future.

“The acts of the police and that uncle clearly show that something suspicious and unfair has happened.”

The Superintendent of Chok Chai Police Station, Pornthawee Somwong, insisted that his officers would work transparently according to the investigative processes.

Poenthawee promised that the police would provide justice to both parties.

Yesterday, the media reported that Chok Chai Police Station had issued a summons to invite the offender to acknowledge the charges at the beginning of next week.

According to Thai law, Section 276: whoever has sexual intercourse with a woman, who is not his wife, against her will, by threatening, doing any violent act, taking advantage of the woman being in a condition of inability to resist, or causing the woman to mistake him for the other person, shall be punished with imprisonment of four to 20 years and a fine of 8,000 to 40,000 baht.

China setting up overseas police stations, including one in US, to bring back ‘fugitives’  WSET

WILLIAMSPORT – A former Williamsport Area High School teacher has been accused of having sexual contact with a student – the third educator associated with the school charged with sexual misconduct this year.

Michele Pulizzi, 52, a former English teacher at the school, was charged by state police Friday with criminal solicitation to have sexual contact with a student. She was released on $75,000 unsecured bail.

Search warrant affidavits obtained by PennLive in early September alleged Pulizzi “made out” with a male student in the school and they exchanged nude pictures and videos of themselves.

MEXICO CITY — A massive trove of emails from Mexico’s Defense Department is among electronic communications taken by a group of hackers from military and police agencies across several Latin American countries, Mexico’s president confirmed Friday.

The acknowledgement by President Andrés Manuel López Obrador comes after Chile’s government said last week that emails had been taken from its Joint Chiefs of Staff.

The Mexican president spoke at his daily news conference following a local media report that the hack revealed previously unknown details about a health scare he had in January.

López Obrador downplayed the hack, saying that “there’s nothing that isn’t known.” He said the intrusion apparently occurred during a change of Defense Department systems.

But Chile was so concerned by the breach to its own systems that it called its defense minister back from the United States last week where she was attending the United Nations General Assembly with President Gabriel Boric.

The 10 terabytes of data taken by the group also include emails from the militaries in El Salvador, Peru and Colombia, as well as El Salvador’s National Police. The Mexico portion of the data appeared to be the largest.

A group of anonymous, self-described social justice warriors who call themselves Guacamaya say they use hacking to expose injustice and corruption in defense of Indigenous peoples. Hackers using the same name previously hacked and released the emails of a mining company long accused of human rights and environmental abuses in Guatemala.

In a statement accompanying the most recent action, the group complained of the plundering of Latin America, which it refers to as Abya Yala, by colonizers and the continuing extractivist goals of the “Global North.”

The group issued a 1,400-word comunique saying that the militaries and police of Latin American countries, often with extensive training by the United States, are used by governments “to keep their inhabitants prisoner.”

“The police minimize the risk that the people exercise their honorable right to protest, to destroy the system that oppresses them,” the group wrote.

The group said it would make the documents available to journalists, but so far only a tiny portion has been reported — in part, perhaps, because of the sheer quantity of the data.

In an email exchange, the hackers said that their review of the Mexico emails so far indicated that much of the information was already publicly available and they doubted there were “explosive” emails — possibly because more sensitive communications were better protected.

But they said there was evidence of the military closely following political and social movements.

They said those include relatives of 43 students who were kidnapped by local police and allegedly handed over to be killed by a drug gang in 2014 — a case in which some military officers have been accused of involvement — as well as the Zapatista rebel movement that staged a 1994 uprising in southern Mexico and groups opposed to López Obrador’s current effort to build a tourist train around the Yucatan Peninsula.

Rather than seeking monetary benefit or ransom for compromising government information systems through a cyberattack, Guacamaya appears to be more of a “hacktivist” hack-and-leak operation with social justice goals.

López Obrador was responding to a television report by Mexican journalist Carlos Loret de Mola who said among the hacked emails were medical records about the president, including a previously undisclosed emergency air flight to the capital from his ranch in January, when he was suffering serious chest pains and at risk of a heart attack.

Later that month he underwent a heart catheterization, which was made public, but at the time was described as the result of a routine examination. López Obrador suffered a heart attack in 2013 and has high blood pressure.

The 68-year-old president noted at his news conference that he suffers from a number of ailments and undergoes checkups every few months.