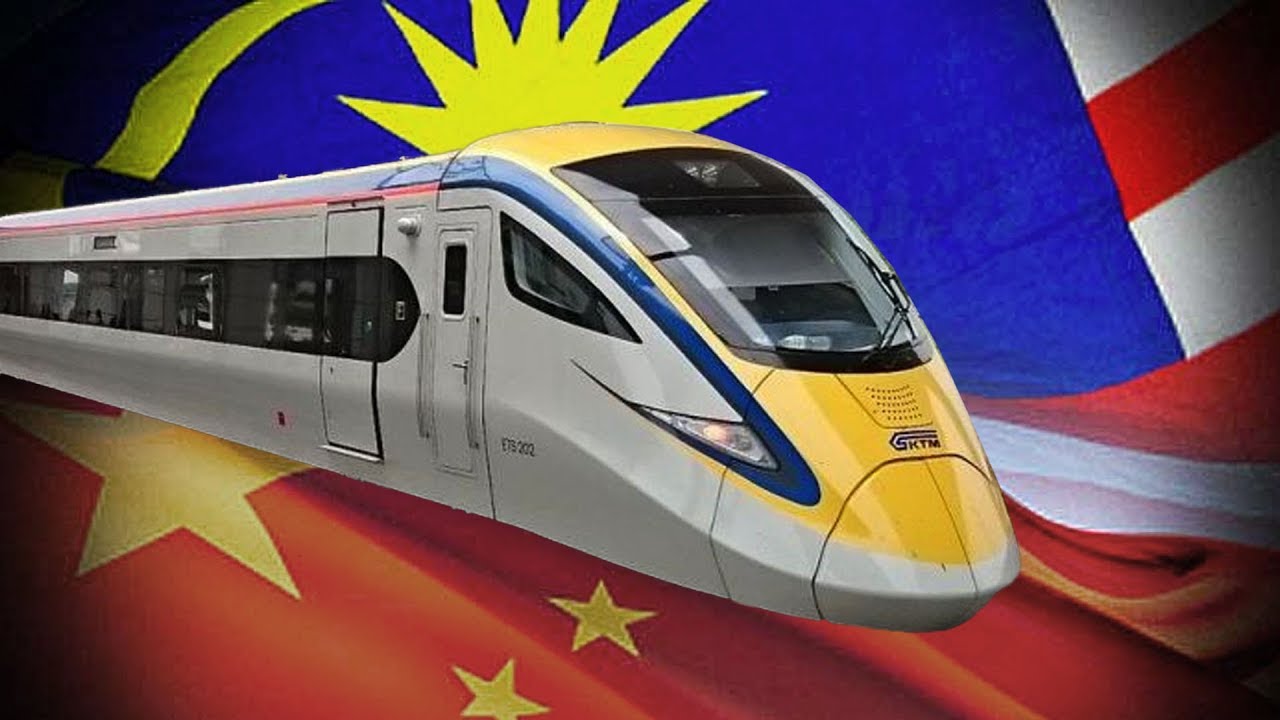 With a new government in power, Malaysia finally brings Chinese investment to heel.

Mini Crewmate SAVES the GIRLS from the Pibby Corruption 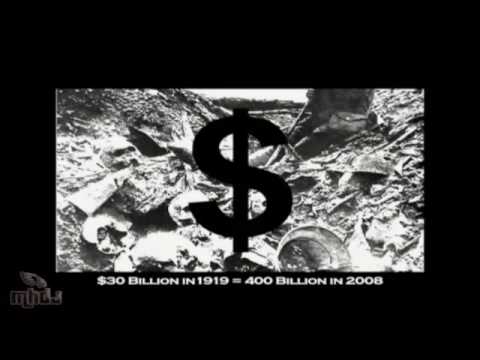 The War in Afghanistan, which began on October 7, 2001 as the U.S. military’s Operation Enduring Freedom and the British military’s Operation Herrick were launched in response to the September 11 attacks.
The stated aim of the invasion was to find Osama bin Laden and other high-ranking Al-Qaeda members and put them on trial, to destroy the whole organization of Al-Qaeda, and to remove the Taliban regime which supported and gave safe harbor to Al-Qaeda. The United States’ Bush Doctrine stated that, as policy, it would not distinguish between terrorist organisations and nations or governments that harbor them.

The Iraq War or the Occupation of Iraq, referred to by the U.S. military as Operation Iraqi Freedom, and by the British military as Operation Telic, is an ongoing military campaign which began on March 20, 2003 with the invasion of Iraq by a multinational force led by troops from the United States and the United Kingdom. In September 2007, an independent polling agency estimated the total war casualties in Iraq to be over 1.2 million deaths (1,220,580). In December 2007, the Iraqi government reported that there were 5 million orphans in Iraq – nearly half of the country’s children. 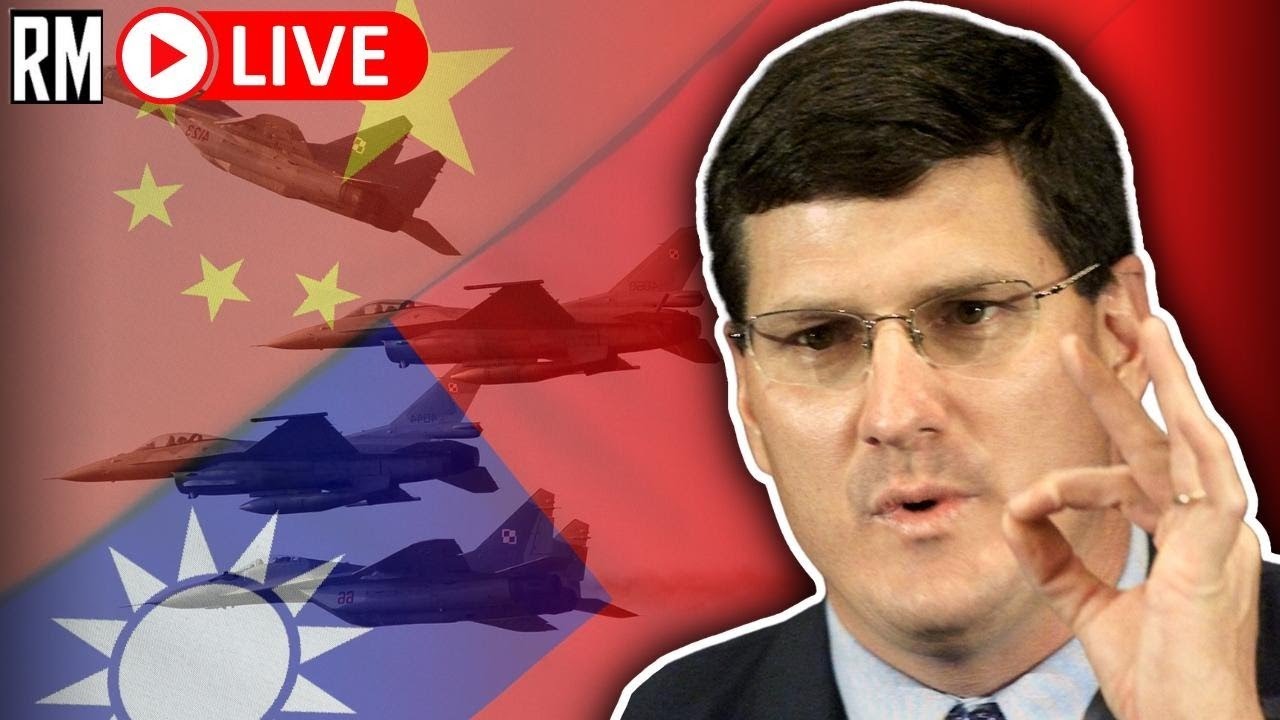 Links where you can purchase Scott’s new book “Disarmament in the Time of Perestroika: Arms Control and the End of the Soviet Union”:
►Amazon: https://www.amazon.com/Disarmament-Time-Perestroika-Control-Soviet/dp/1949762610/ref=sr_1_1?crid=1NN61YQ1OC1M&keywords=scott+ritter&qid=1659639300&sprefix=scott+ritter%2Caps%2C132&sr=8-1
►Barnes and Nobe: https://www.barnesandnoble.com/w/disarmament-in-the-time-of-perestroika-scott-ritter/1141191701
►Clarity Press (Publisher): https://www.claritypress.com/product/disarmament-in-the-time-of-perestroika-arms-control-and-the-end-of-the-soviet-union/
►Follow Scott: https://t.me/s/ScottRitter

Independent media is constantly under threat and we need your help to keep going.

About Richard Medhurst: #RichardMedhurst is an independent journalist and commentator born in Damascus. He is half British, half Syrian and speaks four languages: English, French, Arabic and German. His reporting focuses primarily on international relations, the Middle East and US politics, rooted in anti-imperialism. Medhurst is one of few journalists who covered the Julian Assange extradition hearing in London; he has done extensive coverage on Palestine, the Iran Nuclear Deal and war on Syria.
Regular live streams and interviews, with popular guests from the Left such as Glenn Greenwald, Jimmy Dore, Max Blumenthal (Grayzone) and more. Other previous guests include the Russian and Palestinian Ambassadors, the Foreign Minister of Venezuela and numerous other foreign dignitaries and United Nations officials.
Richard Medhurst has appeared on George Galloway RT, Al Mayadeen, Alikhbaria, Black Agenda Report, The Canary and various other international news outlets.

Uncle Sam Wants Them Young and Dumb! | Thinking Out Loud 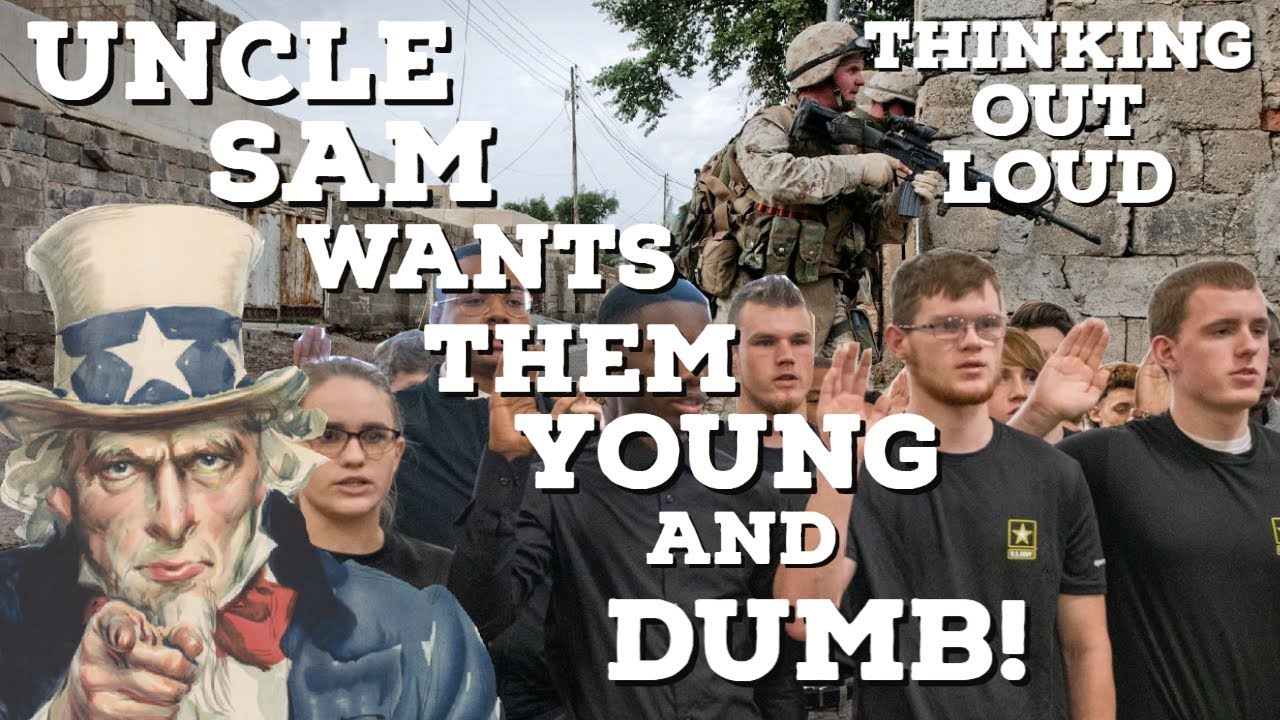 In this episode of his “Thinking Out Loud” series, Double D discusses an article from “Military.com” which lays out how the United States military is waiving its High School educational requirement for enlistment.
Double D jumps into the video by asking viewers to look at the young faces in the article’s thumbnail, pointing out that they are children of seventeen or eighteen years of age. He goes on to ruminate on Kurt Vonnegut’s ‘Slaughterhouse Five’, noting the novel’s secondary title; ‘A Children’s Crusade.’ He asks his audience to remember that while it is essential to take a “zoomed out materialist” perspective on the policy of war, it is just as important to remember that it is children and young people who do the fighting and dying in all wars, be they revolutionary or imperialist in nature.
Jumping in to the article, Double D points out that the disbanding of any educational requirement for enlistment comes in the wake of a serious recruitment crisis for the Defense Department, with the army trailing behind with only 40% of its annual recruitment quotas, he notes also that these numbers already reflect a revision of total force size as the Defense Department had to abandon previous higher recruitment goals.
Double D shows that in addition to requiring no High School diploma, new recruits need only score a 50 on the ASVAB, and that the US military has also abandoned any regulations regarding tattoos or piercings. He touches also on judges waiving or reducing prison sentences for felons who opt to join the service.
Double D dispels the US Military’s rational for the recruitment crisis, which they claim is due to a strong labor market, where employers are offering increased wages and benefits even for entry-level positions. He notes that the economy is in a tail spin, with suppressed wages, high real unemployment, and disastrous levels of inflation. He explains that despite this economic desperation, people are still refusing to enlist in the military. He suggests this is a result of societal fatigue from decades of imperialist wars as well a cultural shift coming about as a result of the US government’s failure to provide for its veterans as well as a general understanding of the nature of America’s overseas adventurism.
Tying off the video, Double D suggests that this recruitment crisis is yet another example of imperial decay, another sign which suggests the slow-motion collapse of the American empire. He notes this military crisis comes alongside severely deteriorated infrastructure, millions of homeless thronging the streets, rebellion in America’s Latin American Neo-colonies, a global resistance to the petro-dollar, as well as a decline in US cultural hegemony.
He asks his viewers to consider how the US empire would be weakened if the left seized this cultural moment and weaponized it into a general anti-war, anti-imperial movement; stating that if there is no one to manufacture the machinery of war, or to pick up the weapons of war, there can be no war, and in turn no Empire.

What’s Behind the Rising Conflict in Eastern DRC