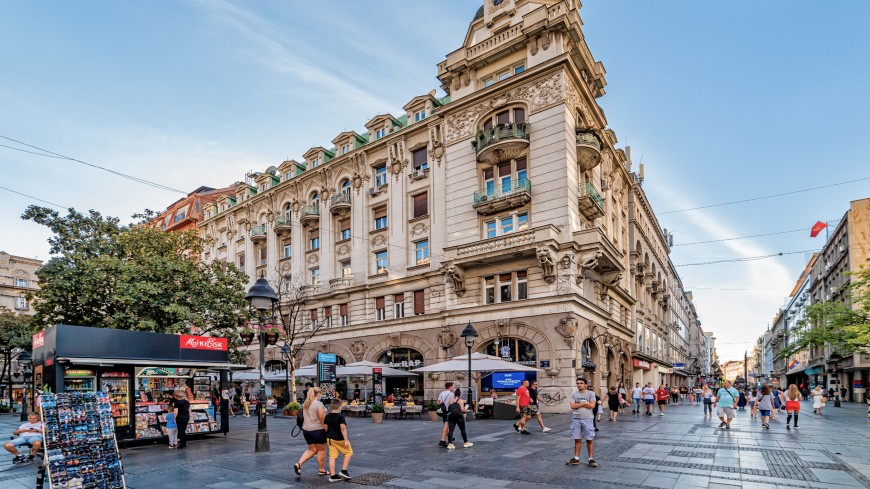 In a new report on Serbia, the Council of Europe’s Group of States against Corruption (GRECO) calls for further measures to prevent corruption respect of persons with top executive functions, including the President of the Republic, ministers, assistant ministers, state secretaries, chiefs of cabinet and political advisers, as well as members of the Serbian Police. GRECO provides 24 recommendations to the country’s authorities and awaits a report on their implementation by end September 2023 (see the French version of the report as well as the Serbian translation provided by the authorities).

In the evaluation report, GRECO notes the central role played by the Agency for the Prevention of Corruption in many different respects, such as public bodies’ integrity plans adopted to offset corruption, public officials’ asset declarations, training and advice, and lobbying rules. The Agency’s action is based on the Law on the Prevention of Corruption, which imposes requirements on public officials, and the Law on Lobbying. GRECO recommends, however, that the role of the Agency be strengthened by making public its recommendations and the response of the Government and Presidential administration. Besides, the remit of the Law should be expanded to cover all persons with top executive functions, including the Prime Minister and Deputy Prime Ministers’ chiefs of cabinet as well as advisers.

In addition, as far as central governing structures are concerned, GRECO calls for a public strategy on corruption prevention that would explicitly cover persons with top executive functions. Integrity checks should take place prior to the appointment of ministers, as well as a part of the recruitment of chiefs of cabinets and advisors (including those of the President) to manage possible risks of conflict of interest. In addition, all persons with top executive functions should be required to disclose ad hoc conflicts of interest, and the exception whereby they are exempt from doing so in case of “danger of delay” in decision-making should be removed from the law.

As regards the law enforcement, GRECO finds that a public strategy on corruption prevention in the police should be adopted. Measures should also be taken to achieve a more open and transparent competition in the procedure of appointment of the Chief of Police and other senior management posts to prevent political appointments. Moreover, the existing Code of Police Ethics should be revised so as to cover all relevant integrity topics (such as conflict of interest, gifts, contacts with third parties, outside activities) and be accompanied by practical examples. Regular integrity vetting throughout the career of police members needs to be put in place as well as rotation of staff in corruption risk-prone areas.

This is GRECO’s first report on Serbia in the 5th Evaluation Round which focuses on preventing corruption and promoting integrity in central governments (top executive functions) and law enforcement agencies. The implementation of the recommendations addressed to Serbia will be assessed by GRECO through its compliance procedure in 2023. 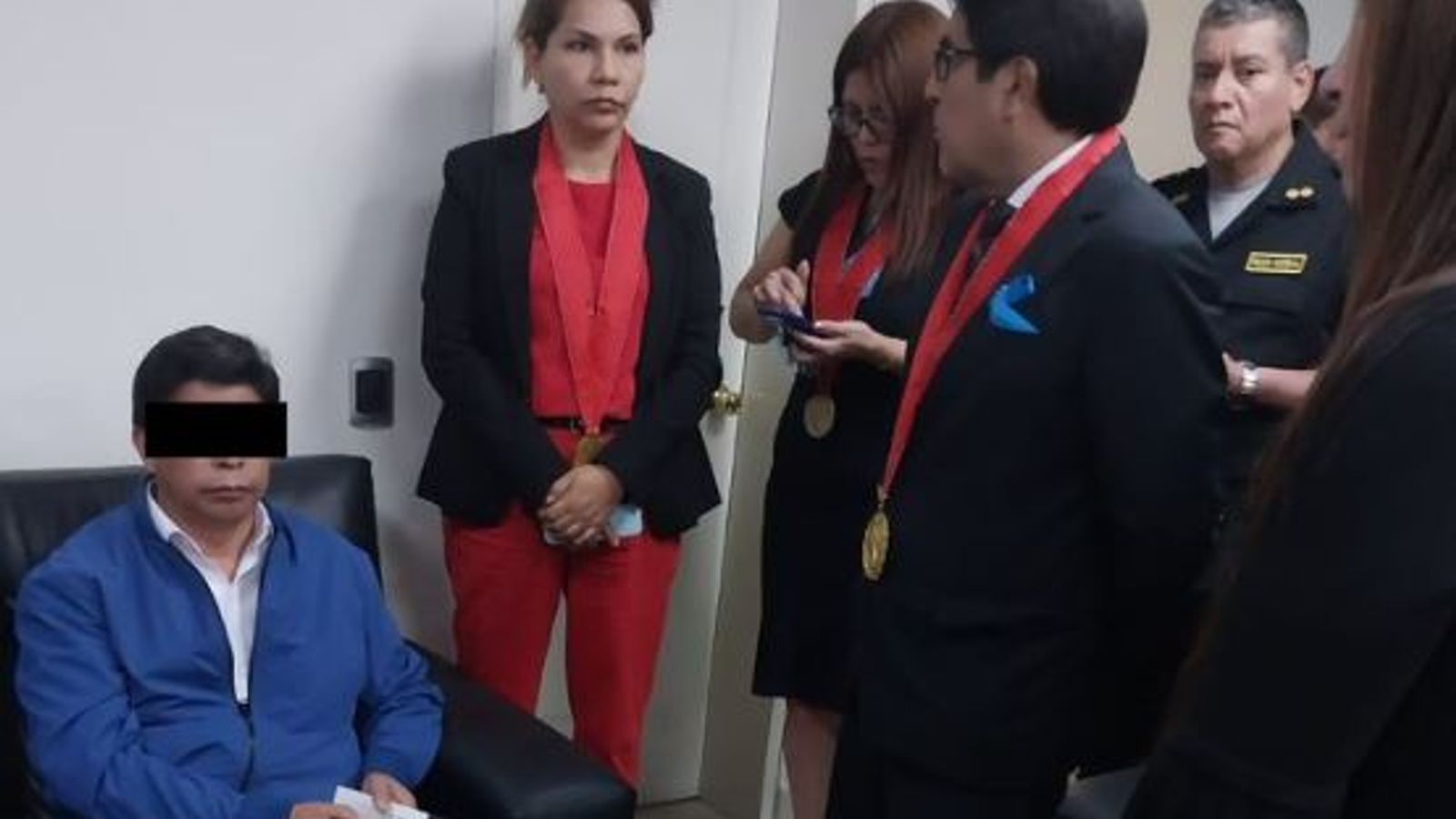 Police in Peru have arrested the country’s president, Pedro Castillo, after Congress voted to remove him from power.

In a tweet that has since been deleted, the National Police of Peru said officers had “intervened”.

A photograph showed a man in a blue jacket sitting on a sofa – apparently Mr Castillo – but his eyes had been blacked out.

The tweet described him as “former president Pedro Castillo”.

Congress voted to remove Mr Castillo and replace him with Vice President Dina Boluarte after he tried to dissolve the legislature, the AP news agency reported.

Ms Boluarte, a 60-year-old lawyer, has since been sworn in as interim president. She becomes Peru’s first female leader.

Representatives voted 101-6, with 10 abstentions, to remove Mr Castillo from office for reasons of “permanent moral incapacity”.

Shortly before the ballot, Mr Castillo said he was installing a new emergency government and called for the next group of representatives to develop a new constitution.

During a televised address, he said he would rule by decree and ordered a nightly curfew starting on Wednesday night.

He also mooted changes in the leadership of the judiciary, police and constitutional court.

In response, the head of Peru’s army resigned, along with four ministers, including those responsible for foreign affairs and the economy.

Mr Castillo took his actions as his opponents in Congress moved towards a third attempt to remove him from office.

The Ombudsman’s Office, an independent government institution, said prior to the congressional vote that Mr Castillo should resign and present himself to judicial authorities.

Mr Castillo, a peasant-turned-president, has denied allegations of corruption against him, saying they are based on “hearsay statements by people who, seeking to lighten their own punishments for supposed crimes by abusing my confidence, are trying to involve me without evidence”.

Federal prosecutors are investigating six cases against him, most of them for alleged corruption. 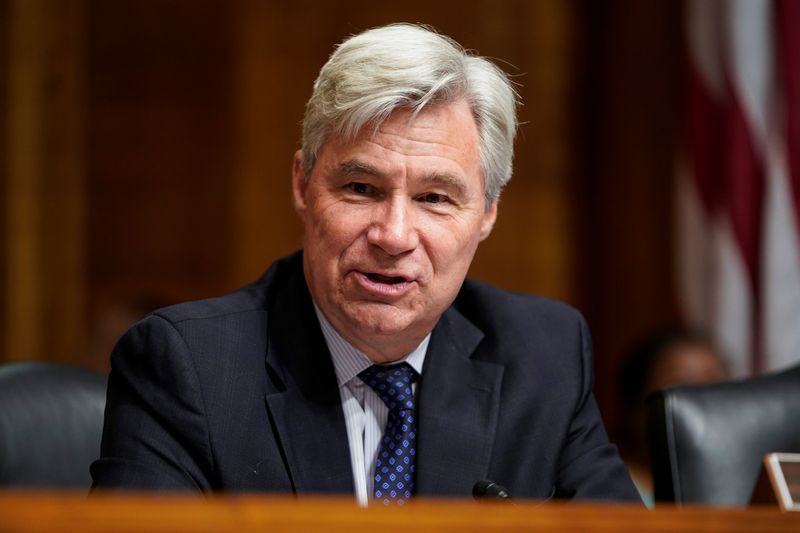 WASHINGTON (Reuters) – U.S. anti-corruption groups are pushing Congress to attach sweeping new money-laundering rules to a year-end bill funding the government that lawmakers aim to pass in the coming weeks, according to aides and lobbyists.

The bipartisan measure, known as the ENABLERS Act, got a boost this week when the White House publicly came out in support of the bill.

“It’s going to really matter that the administration makes absolutely clear that this is a genuine serious priority for them,” Democratic Senator Sheldon Whitehouse, one of the bill’s main sponsors, said on Wednesday.

The measure would require professionals who handle money on behalf of clients – including investment managers and some lawyers – to conduct due diligence on the funds’ origins, as banks are typically required to do.

Boosters and opponents say the measure would be the most ambitious overhaul of the nation’s money laundering framework in at least 20 years.

Supporters said they hope to attach the measure to a $1.5 trillion-plus “omnibus” funding bill. The initial deadline for that is Dec. 16, though lawmakers could extend it through a short-term continuing resolution, a possibility which appears increasingly likely.

Failing that, a standalone bill is possible next year, though that could be tougher in a divided Congress with a Republican-controlled House and a Democratic-controlled Senate.

Groups from Ukraine, Belarus, Georgia and elsewhere have thrown their support behind the measure, according to an October letter to congressional leaders seen by Reuters. These groups see ENABLERS as a way to cut illicit Russian capital out of the U.S. financial system.

Industry associations counter that it would create onerous requirements for small businesses who never cross paths with Russian oligarchs or narcotics kingpins. Bar associations argue that lawyers would be obligated to share potentially privileged information about their clients with the government.

Organizations that have lobbied against the bill, according to lobbying disclosures, include cryptocurrency exchange Coinbase and auction house operator Sotheby’s.

Retiring Republican Senator Pat Toomey, who has expressed skepticism about the measure, said it should not be tacked onto a spending bill – a legislative shortcut – and should instead be considered on a stand-alone basis. 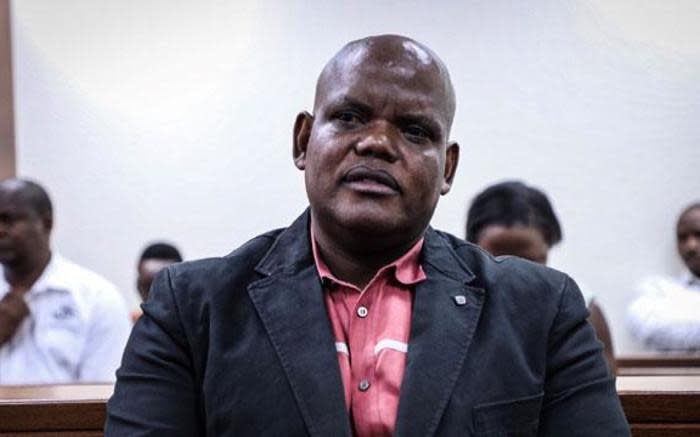 The authorities caught Phahlane and five others, including three former and current high profile police officials, in September.

JOHANNESBURG – Former national police commissioner Khomotso Phahlane and his co-accused in the I-View Integrated Systems case will return to court in March 2023.

The authorities caught Phahlane and five others, including three former and current high-profile police officials, in September.

They were arrested on charges of fraud, corruption, money laundering and contravening the Public Finance Management Act.

This was in connection with R54 million worth of dodgy police tenders for social media monitoring software and telephonic encryption services.

“The 54 million corruption matter, which involves various high profile former senior police officials, including the likes of former national police commissioner Khomotso Phahlane, has been postponed to 10 March [2023]. This is a provisional date for pre-trial. The court also stated that the defence should send through requests for further particulars by 30 January.”

US Banks Warn of Recession as Inflation Takes Toll on Consumers, Stocks Plummet