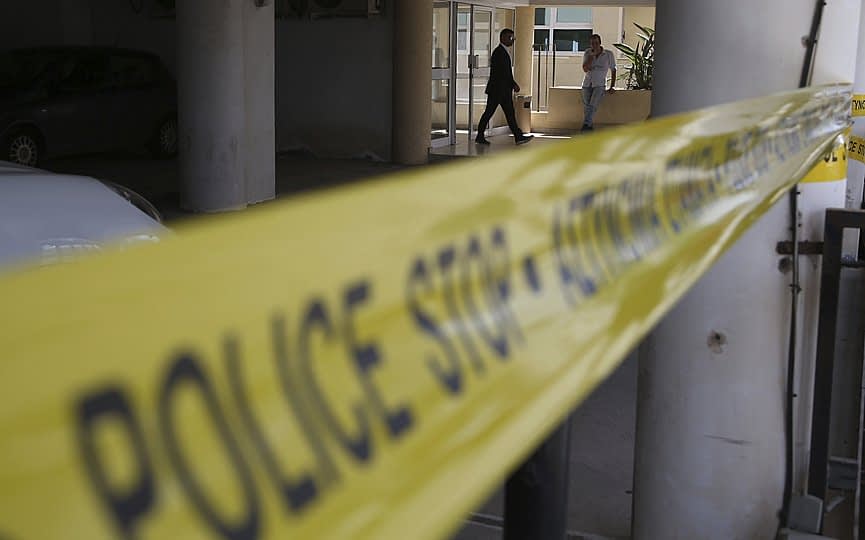 NICOSIA – An agency to deal with corruption on Cyprus was sworn in as the government implemented recommendations made by the Council of Europe’s anti-corruption body GRECO – except for giving prosecutors autonomy.

The government adopted 15 of the 16 suggestions, but GRECO noted that prosecutors wouldn’t be able to work unhindered, effectively undercutting the purpose of the anti-corruption panel.

“GRECO notes that work on legislation relating to the Law Office of the Republic has not progressed further and the authorities are urged to accelerate this procedure with a view to strengthening the independence/autonomy of the prosecutorial functions,” it said, The Cyprus Mail reported.

Harris Poyiadjis, a former judge, chairs the new authority, and also hold the title of Transparency Commissioner. The agency will oversee cass of suspected corruption and use GRECO standards, the report said.

GRECO welcomed the adoption of the Code of Ethics for parliamentarians covering integrity-related matters which provides guidance on conflicts of interest and gifts and contains rules of relevance to integrity, it said.

But also outside the sphere of the panel’s oversight is that contacts with third parties and lobbyists, accessory activities and post-employment situations have been left out, further weakening the attempt to rein in corruption.

of the Code, which should be the reference document for ethical standards

“That said, GRECO welcomes the adoption of the Law on Regulating Lobbying, which includes obligations for MPs to report contacts with registered interest groups and representatives and regulates their contacts with them,” the report said.

It will examine reports among wrongdoing in the broader public sector, but will also be able to look at private-sector entities where these have dealings with the government to check for malfeasance.

But its investigative powers are also restricted and the body can’t subpoena records with a court order, as can police and if the police have begun a criminal investigation the panel’s work will cease.

Corruption watchdog Transparency International said Cyprus, known as a tax haven and also open to money laundering, has fallen back in the fight against corruption, falling 10 places to 52nd among 180 countries. 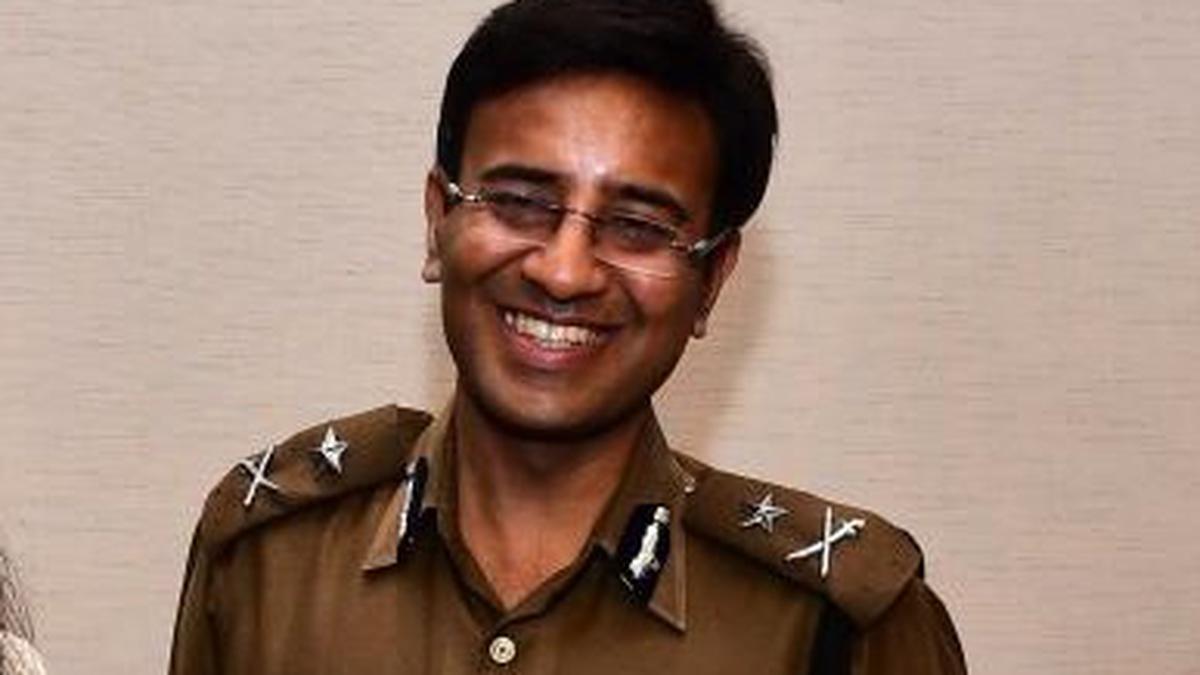 Amit Lodha, a senior IPS officer from Bihar, has been booked under several sections of the anti-corruption law and the Indian Penal Code (IPC) for allegedly abusing his official position and indulging in financial irregularities for his personal gains.

It added that the case was lodged at the SVU police station after the allegations levelled against him by officials of the State police headquarters and senior authorities were reviewed.

Mr. Lodha had been in the headlines in 2006 when, as the Superintendent of Police in Sheikhpura, he had arrested notorious criminal Ashok Mahto and his accomplice Pintu Mahto.

More recently, Mr. Lodha’s book Bihar Diaries: The True Story Of How Bihar’s Most Dangerous Criminal Was Caught, which was published in 2017, was recently adapted into a web series titled “Khakee: The Bihar Chapter” by Netflix. Released on November 25, the series chronicles a notorious gangster who operated in Nawada, Sheikhpura and other neighbouring districts of Bihar and was caught by a young IPS officer.

Mr. Lodha has also been charged of making an agreement with Netflix for financial gains, despite being a government servant.

A Deputy Superintendent of Police rank officer has been assigned to investigate the case against Mr. Lodha, who recently was transferred from Gaya to the police headquarters. In Gaya, he was posted as the Inspector-General of Police (Magadh range), where he was said to have a dispute with the then Senior Superintendent of Police Aditya Kumar over some corruption charges against him.

Former police officer guilty of perverting the course of justice

Rhett Wilson, a former West Mercia Police officer, who had at one stage been based in Shrewsbury, has been on trial at Worcester Crown Court this week.

He had denied perverting the course of justice but was convicted by a jury.

Wilson, who resigned from the force in July 2020, had previously pleaded guilty to three police corruption charges.

He will be sentenced on Friday, January 20.

The charges relate to Wilson contacting three women, who he had been called to help, in an attempt to start sexual relationships.

West Mercia Police’s Professional Standards Department had carried out an internal investigation after information that Wilson was abusing his position for sexual gain.

Deputy Chief Constable Alex Murray said the behaviour carried out by Wilson would not be tolerated, with action to be taken against any officer found to have abused their position.

He said: “This is corruption plain and simple. Rhett Wilson abused his position to start relationships; something police officers should never do. There is no place for this behaviour in West Mercia Police or any other force. It will not be tolerated and we will take immediate action against any officer who abuses their power.”

The incident was referred to the Independent Office for Police Conduct (IOPC). 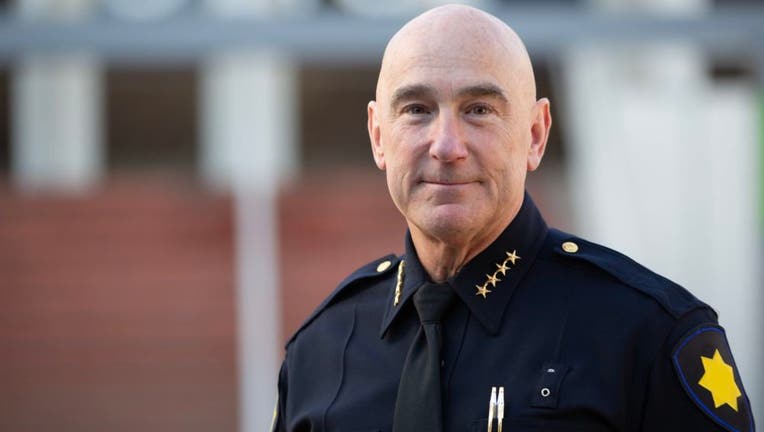 The Board of Supervisors voted unanimously Tuesday to appoint Jonsen as sheriff before officially taking office in January.

Jonsen will start on an interim basis Thursday — after the election is certified by the county Registrar of Voters.

He’ll officially be sworn in as sheriff on Jan. 2.

Jonsen said he’s ready to take on his new job, adding he’s already set up meetings to connect with the force.

“I’m very excited about this and the organization is excited about moving forward,” Jonsen told San Jose Spotlight. “This is an opportunity to really engage with the workforce and hopefully ease any anxiety (when) there’s a transition.”

Supervisor Otto Lee said the appointment is necessary to fill the vacancy.

“There’s a lot of healing to repair the distractions that need to happen in the sheriff’s office, and the sheriff-elect should be given the opportunity to start the healing now,” Lee said at the meeting. “This is just the first step in getting back that trust (that) has been lost over the years.”

He beat out four other candidates, including retired sheriff Capt. Kevin Jensen in the November election.

Jonsen will be the 29th sheriff of Santa Clara County and the first new sheriff since 1998.   Jonsen served as chief with Palo Alto Police Department starting in 2018, following five years as police chief in Menlo Park.

Before that, he worked for the Los Angeles County Sheriff’s Department for roughly three decades.

‘No one is above the law’: Sheriff found guilty of corruption, misconduct

Former Santa Clara County Sheriff Laurie Smith was found guilty on all counts of corruption and misconduct in a civil case on Thursday. She abruptly resigned from her position earlier this week. The district attorney had been working on this case for four years.

The county’s decision to appoint Jonsen one month ahead of his start date comes after his predecessor, former Sheriff Laurie Smith, resigned Oct. 31 ahead of the verdict of her civil trial for corruption charges.

Smith, who announced in March she would not seek reelection, has faced a saga of scrutiny over a pay-to-play scheme — including formal corruption charges from a grand jury.

Undersheriff Ken Binder has served as acting head at the sheriff’s office since November.

Smith was also at the center of another controversy involving a spate of inmate injuries and one death at county jails — resulting in supervisors voting no confidence in her leadership and the California attorney general opening an investigation into the injuries.

Some residents expressed concerns with the appointment, citing allegations that Jonsen was a member of a deputy gang known as the Grim Reapers when he worked for the Los Angeles County Sheriff’s Department.

But Bob Nunez, president of the San Jose/Silicon Valley NAACP, said the organization looked into the claims and found them unfounded.

“I see no reason not to appoint Bob Jonsen as the interim (sheriff) until he is sworn in,” Nunez said. “We are supporting this (appointment).”

According to county rules, supervisors must find a replacement for Smith through an appointment process or an election.

Because Jonsen won the November election, county officials said it makes sense to let him take the helm of the department early.

“Public trust in the sheriff’s office must be restored, and I commend Bob Jonsen’s expressed commitment toward that goal,” Supervisor Susan Ellenberg told San Jose Spotlight. “Our community expects transparency and accountability, and I look forward to Bob’s leadership.”

The Deputy Sheriffs’ Association of Santa Clara County, which has 500 members in the sheriff’s office, said the union is ready to work with Jonsen.

“It is imperative that the transition to new leadership be as seamless as possible,” President Ryan Elder told San Jose Spotlight. “We have already had a productive conversation with the new sheriff and pledge to work together to improve the safety of Santa Clara County residents.”

Jonsen, who has roughly 40 years of combined experience with three law enforcement agencies, promises to address the mental health crisis in county jails.

The sheriff-elect also vows to bring transparency to a law enforcement agency mired with yearslong controversy.

“The department wants leadership that’s engaged in the organization, setting the expectations, making the modifications that need to be made so that we can continue to serve the community,” Jonsen said. “One of the biggest issues that we’re gonna be working on is obviously enhancing the transparency and accountability measures. That’s gonna require a lot of collaboration with the unions and community stakeholders.”

Trump calls for the termination of the Constitution

META: We'll Block ALL News From Facebook If Congress Passes This Bill

Why Russian Retreat is Bad for Ukraine (War in Ukraine Update)