An assistant sub-inspector (ASI) and a tea-seller were caught red-handed while allegedly accepting a bribe of ₹20,000 to favour a woman in a case registered by her at Farrukhnagar police station, said officials from the state vigilance bureau on Tuesday.

They said trap took place near the police station at around 4pm on Monday.

Officials said ASI Bijender Kumar (54), posted at Farrukhnagar police station, was investigating a case lodged by a woman named Jyoti (identified by first name) alleging that another woman named Pinky was forcibly living in her house and not vacating it.

Vigilance officials said during investigation, it came to the fore that Jyoti got the house, built by Pinky, registered in her name by allegedly forging documents and the ASI was demanding a bribe to favour the actual owner.

According to the vigilance officials, the ASI allegedly demanded ₹35,000 from Pinky to prepare the case report in her favour. Pinky approached the state vigilance bureau and registered a complaint against the ASI, based on which an FIR under relevant sections of The Prevention of Corruption Act was registered.

Officials said the ASI allegedly accepted the bribe from Pinky near the Farrukhnagar police station around 4pm on Monday and handed over the money to a tea seller, identified as Lal Chand (45), who runs a stall nearby.

Officials said that soon after the bribe money was accepted, the ASI and the tea seller were arrested and the banknotes which changed hands were seized too.

Inspector Jaipal Singh, who led the trap and official of the state vigilance bureau, said both of ASI and the tea seller were produced before court on Tuesday and sent to judicial custody. 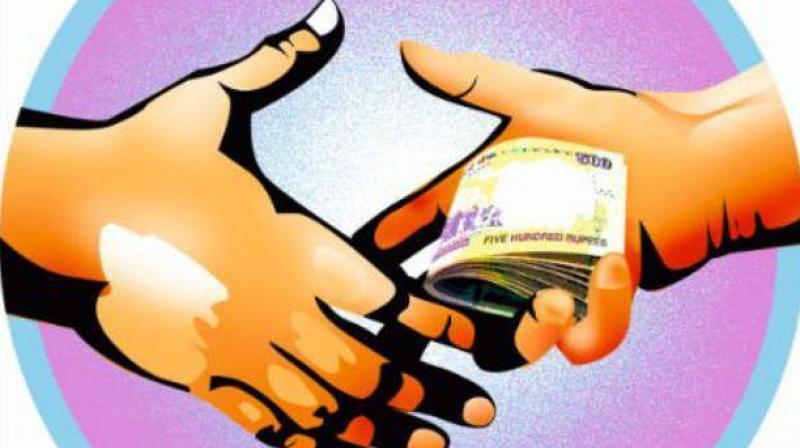 Lagos – After almost 22 years in the service of the Nigeria Police Force, a Police Inspector, Mr. Richard Gele with Force number AP/No. 188547 has been dismissed by the authority for allegedly demanding bribe from a motorist along the highway in Kogi State.

The dismissed officer who had served the Force for almost 22 years was arrested through a video recorded by the victims and went viral on internet recently.

The former Police officer was dismissed, de-kitted and handed over to the Commissioner of Police, Kogi State, for further necessary action on Friday.

Trouble started for Mr. Gele when he was caught in a viral video dignifying and justifying extortion of members of the public and official corruption.

According to the authority, his dismissal was connected with flouting the policing standards in tandem with international best practices to the nation.

He was caught in a video which trended from July 25, 2022 which warranted he being subjected to internal disciplinary mechanism.

Confirming the dismissal in a statement signed by the Police Public Relations Officer, Muyiwa Adejobi says he was found wanting of the charges levelled against him in line with extant laws governing the conduct of police personnel, hence he therefore ceases to be a member of the Nigeria Police Force with immediate effect.

The statement read “The Nigeria Police Force has dismissed one Mr. Richard Gele, the Police Inspector caught in a viral video dignifying and justifying extortion of members of the public and official corruption which trended from the 25th of July, 2022.

“The Inspector, with AP/No. 188547, who until his dismissal, was attached to Police Mobile Force 77 Squadron, Okene, Kogi State and deployed to the Itobe – Anyigba Road, for safety of road users and commuters, along the route, where the incident occurred.

“The dismissed Inspector who hails from Benue State, was enlisted into the Force in September, 2000. His dismissal came after subjection to internal disciplinary mechanism and being found wanting of the charges levelled against him in line with extant laws governing the conduct of police personnel.

“He therefore ceases to be a member of the Nigeria Police Force with immediate effect. The officer has been de-kitted and handed over to the Commissioner of Police, Kogi State, for further necessary action.

“The Inspector-General of Police, IGP Usman Alkali Baba, psc(+), NPM, fdc, while expressing the staunch commitment of his administration at bequeathing policing standards in tandem with international best practices to the nation, warned all personnel to eschew extortion, unprofessionalism, official corruption and other inappropriate acts. The IGP urged them to display exemplary courage and patriotism in the discharge of their duties”, the statement added. 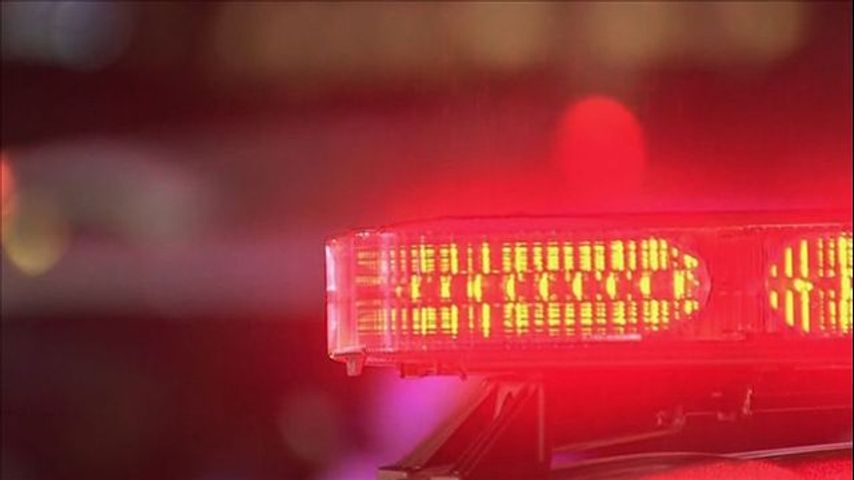 BATON ROUGE – A woman was heard screaming “Rape” after a brutal attack in a BREC park on South Harrells Ferry Road Wednesday afternoon.

Officers told WBRZ a woman was walking along a park trail when she was attacked by a male suspect.

A source said they saw the woman covered in blood and bruises, screaming for help after the assault.

A witness said the rapist is a black male with short braids, around 5’8″ or 5’11”, weighing around 200 pounds. He may have a broken nose.

BRPD did not give a suspect description.

If you have any information about this incident, you are urged to call police.

This is a developing story.

OPPRESSIVE Nigeria Police officers have stubbornly refused to change, as the temporary gains of the #EndSARS protests of 2020 have long been eroded. With ferocious impunity, armed bribe-seeking police officers are devising new methods at police stations, checkpoints, bus stops, and traffic light junctions to extort money from ordinary Nigerians. Hardest hit are the youth, who are already struggling for survival in a country battered by unprecedented unemployment and security challenges. This broad daylight robbery in official uniform must stop!

To curb the menace, the police authorities and the government must adopt tougher sanctions, including publicly shaming culprits and prosecuting them for serious criminal charges.

When rogue police officers strike, far from enforcing law, they are lawbreakers hiding under the cover of the state. The law is clear; a person who robs at gunpoint is engaging in armed robbery; they should be treated as such.

The desperation by some police officers for ill-gotten wealth is costing lives. A 17-year-old boy, Emma, was shot dead by a police inspector on July 15 at a checkpoint in Benin, Edo State, because the victim and his friend refused to part with money. According to reports, the boy was preparing to travel abroad that week when he was killed. What a waste! A police sergeant, James Aondona, also shot dead a truck driver, AondohumbaTerkula, on June 26, following an argument over the payment of a bribe at a roadblock in Anyi, Logo Local Government Area of Benue State.

Though most cases go unreported, social media is helping to expose some heartless cops. An inspector, Richard Gele, attached to the Police Mobile Force 77 Squadron, Okene, Kogi State, was exposed last month on Twitter after being filmed justifying police extortion of members of the public. He was later sacked.

Two officers attached to the Lagos State Police Command were also exposed through social media after they extorted N400,000 from a man, who cried out for help. The cops dragged him to a PoS terminal operator where they withdrew the money from his account. They were also deservedly dismissed. But not all victims report their ordeal through conventional means or social media. A 2016 NOI Polls survey said 76 per cent of victims of human rights violations in Nigeria did not report them.

Knowing they could be easily tracked and identified through banking transfers, some bent police officers have found accomplices in unscrupulous PoS operators. A recent PUNCH investigation confirmed this trend at the Berger-Isheri Junction of Lagos, where police officers were seen leading motorists to PoS operators to demand bribes for alleged traffic intersection light infractions. The Lagos State Police Public Relations Officer, Benjamin Hundeyin, recently raised the alarm that the vendors had formed an unholy alliance with some officers to make extortion easier by plying their trade close to police stations.

The rip-off persists because the police authorities fail to enforce discipline. The Nigeria Police Force is arguably the most undisciplined and corrupt security agency in the country. A 2019 survey by the Socio-Economic Rights and Accountability Project said out of five major public institutions it surveyed, the police emerged as the most corrupt.

Senior police officers have been alleged to receive“returns” from the rank and file, making orders almost impossible to enforce. Despite the grandstanding of the Force Public Relations Officer, Muyiwa Adejobi, in April that Divisional Police Officers and Area Commanders would be held accountable for the unprofessional conduct of their officers, evidence of action against errant SPOs since the resurgence of this extortion crisis has been absent. Orders by past inspector-generals of police, and the incumbent, Usman Baba, to dismantle roadblocks have been routinely ignored. This should not happen in a regimented organisation.

The Nigeria Police requires comprehensive reforms to create disciplined, competent, and trained officers at all levels. The recruitment process should be sanitised to sift out recruits with criminal records who compromise the system. Former President Olusegun Obasanjo faulted the police recruitment process saying it had allowed armed robbers to enter the force. Ukraine and Georgia at separate times dismantled their entire police forces and started afresh.

Henceforth, officers caught in acts of extortion should be publicly tried, prosecuted, and jailed. They should face criminal charges, including armed robbery and kidnapping where their victims are led at gunpoint to ATMs or PoS terminals to make cash withdrawals. The DPOs and area commanders must also get their deserved comeuppance. The police provost and disciplinary unit should become more active, strengthened, and empowered to discharge its function diligently.

The IG must hold his officers accountable. Working with the Police Service Commission, he should order the zonal commanders, and commissioners of police to identify and flush out rogue officers. CPs and AIGs should be given performance targets failing which they get recalled or transferred. A popular American author, John Maxwell, said everything rises and falls on leadership.

The civil society must not give up. It is apparent that the events that sparked the #EndSARS protests have multiplied. As feared by many, the SARS disbandment was a charade, the much-needed reforms have not followed.

But Nigerians and the youth especially, should not give up.Push-back and protests against police extortion, police brutality, and abuse of power should be sustained. Victims must continue to speak up. Social media has become a veritable tool for reporting injustice and should continually be deployed responsibly to expose police corruption and other societal vices.

It is bad enough that young Nigerians do not get job opportunities despite years in school, extended often by many months of needless industrial actions. They lack opportunities and social amenities that help their contemporaries thrive in other climes. They still manage to move around only for some cruel officers, hired and maintained by the state to protect them, to turn round to harass and profile them as fraudsters. And for daring to demand their rights, they are gunned down in their prime with unfulfilled dreams and aspirations. Nigerians should stand for their rights and oppose police harassment.