KANSAS CITY, Kan. (AP) — Federal authorities are investigating a former Kansas police detective who has been accused of sexually abusing mostly minority and poor women for decades and helping to frame a man who was wrongfully imprisoned for a double murder.

The Kansas City, Kansas Police Department issued a statement Thursday acknowledging it has been responding to subpoenas from the FBI since 2019 involving allegations against Roger Golubski.

“Despite many inquiries from both the public and media over the past three years, we did not disclose our cooperation with the investigation out of concern that it could interfere with the work of federal authorities,” spokeswoman Nancy Chartrand said in the statement.

CNN reported first on Thursday that prosecutors have convened a federal grand jury for the investigation into Golubski. Former Kansas City Police Chief Terry Zeigler, who was once Golubski’s partner, told the network he was among more than a half-dozen former officers who have or will testify before the grand jury.

Danielle Thomas, a spokeswoman for the U.S. attorney’s office in Kansas, said the office does not confirm or deny ongoing investigations.

Golubski, 69, and others have been sued by Lamonte McIntyre, who was freed from prison in 2017 after serving 23 years in prison for the 1994 killings. McIntyre alleged Golubski targeted him for arrest after his mother rejected the detective’s sexual advances.

Morgan Roach, an attorney representing Golubski, told The Kansas City Star via text message: “We won’t be commenting due to pending litigation.”

Last year, the Kansas Bureau of Investigation said it had been investigating Golubski since 2019 and had shared information about “possible federal violations” with authorities.

During a deposition last year, Golubski declined to respond 555 times when he was asked if he understood that he was being accused of “raping women and coercing women into giving false testimony, some of the grossest acts of corruption a police officer can commit,” according to a joint investigation by The Star and KCUR.

Last year, a coalition of Kansas lawmakers, religious leaders and racial justice advocates asked the KBI to investigate Golubski and other members of the department who were involved in allegations of misconduct and abuse.

And in September, an organization run by rapper Jay-Z filed a petition seeking records from the Kansas City Police Department related to what it called a history of officer misconduct within the department. 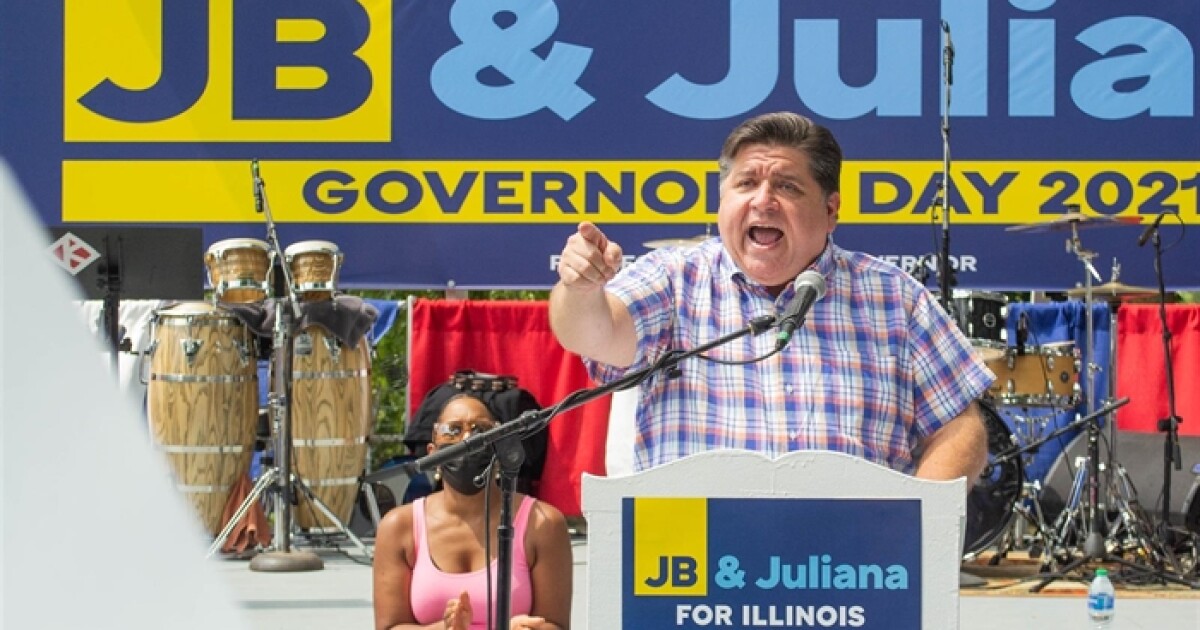 Inflation, crime, pandemic response, abortion rights and Donald Trump are all set to be major issues in the 2022 race for Illinois governor, if the winning candidates’ election night speeches are any guide.

A farmer and state senator from downstate Xenia who acknowledged to the Chicago Sun-Times this week that he is a millionaire, Bailey received the endorsement of former President Donald Trump and coasted to an election night victory with 57 percent of the vote, compared to about 15 percent for each of the next two closest competitors.

Bailey also said in his speech that he entered politics because he was displeased with his local representatives’ votes to end a historic two-year budget impasse in 2017 by raising the income tax rate to 4.95 percent, a level slightly lower than it was when the impasse began two years prior.

The income tax vote was part of the budget package that saw Democrats and Republicans come together to override the veto of former Republican Gov. Bruce Rauner.

Pritzker, meanwhile, considers it part of his first-term legacy that Illinois has left the politics of the impasse behind it and taken strides to balance the budget each year and pay down old debt.

The governor sat for an interview with Capitol News Illinois Thursday amid a two-day blitz in which he spoke with political reporters from across the state.

He said fiscal prudence – along with pandemic-era revenue spikes that were seen nationwide for many reasons – allowed him and lawmakers to pass $1.8 billion in tax relief this budget year, some of which took effect July 1.

It included a one-year suspension of the 1 percent grocery tax, a six-month delay on a 2-cent motor fuel tax hike, a 10-day partial sales tax holiday on back-to-school items from Aug. 5-14, a permanent expansion of the earned income tax credit, an additional $300 in property tax credit, and direct payments to Illinoisans at $50 per person and $100 per dependent child.

“Those are all things that we Democrats did and were able to do because Democrats balanced the budget, Democrats eliminated the bill backlog, Democrats got the credit upgrades for the state,” he said, referring to double upgrades the state has received from the three New York bond rating agencies in the past year.

“You can’t do any of those items of tax relief if you don’t have the dollars to do it,” he added. “And we had surpluses and what did we do? We provided relief to working family. And we’re gonna look to do that going forward. I might add, if you keep on the path that Democrats have set, that I’ve set, balancing budgets and having surpluses, we can do much more.”

He said he’s hopeful to continue balancing the books even though the state expects revenues to slow as pandemic-driven spikes normalize.

Pritzker touted the state’s use of unexpected revenues for one-time purposes, such as putting $1 billion in the budget stabilization fund, funding pensions $500 million above what is required in law and paying down old health insurance bills amounting to about $900 million.

He also noted the state has, under his watch, increased investments in the Illinois State Police, crime labs, expressway cameras, and youth violence intervention programs.

The one-term incumbent who unseated Rauner with a 16-point victory in 2018 also touched on his spending in the Republican primary in recent months.

While he spent money through his own campaign committee, the Democratic Party of Illinois and the Democratic Governors Association to knock Bailey’s chief primary rival, Aurora Mayor Richard Irvin, he downplayed the role his money played in that election.

Irvin’s camp has pegged the combined spending of those entities in the GOP primary at roughly $36 million.

“My message is a general election message against all of the Republicans,” he said. “You know, we had messages about the candidate who was talking about corruption in Illinois, when he himself was involved in corruption. We had messages about the candidate who is truly extreme on every issue, including choice. And, you know, we’re fighting the Republicans, this is about Democrats beating Republicans.”

In the coming days, Pritzker said he will call lawmakers back to Springfield for a special session to secure abortion rights, which could include increasing the number of medical professionals who can perform abortions. It will not include providing state aid for people traveling to Illinois to receive an abortion, he said.

In terms of a second-term agenda, Pritzker said continuing the fiscal practices of his first term, as well as increasing subsidies for education and child care are among his priorities.

“But I think that looking back at my first term in office, gives you an idea that we’re gonna get more big things done, and they’re going to be about lifting up working families,” he said.

You can listen to the full episode of Capitol Cast here.

Capitol News Illinois is a nonprofit, nonpartisan news service covering state government that is distributed to more than 400 newspapers statewide. It is funded primarily by the Illinois Press Foundation and the Robert R. McCormick Foundation.

Deals, delays and COVID rules: Tips for travelers booking a getaway for summer and fall | Ap 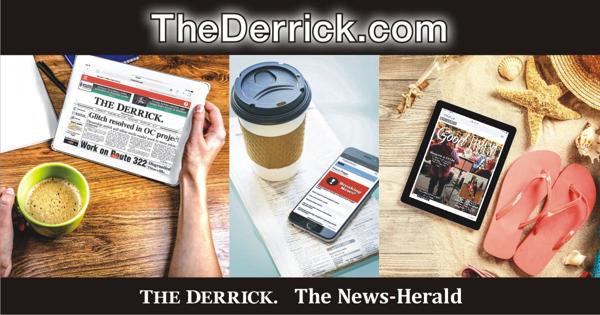 Experts offer these tips for traveling this summer and fall: 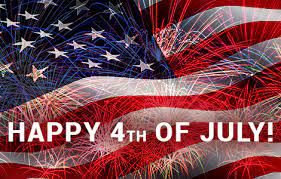 To all of our clients, colleagues, family and friends, we wish you a Happy Fourth of July.

While we live in a difficult and troubling time, please take a moment to embrace gratitude and respect for all those who have sacrificed to secure our freedoms. Together, we can continue America’s unique history of freedom.

Have a terrific holiday!!